Because he didn’t die…

… he didn’t make the news, but the mailman who fought off his assailant was a great story. 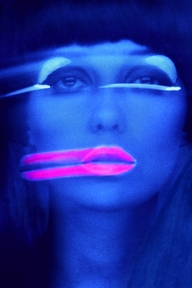 I was an intern for the L.A. Herald Examiner. I observed the trail of blood that extended for about 15 yards on the sidewalk in South Central Los Angeles in 1988. The mail carrier was delivering General Relief checks, and some gang-bangers thought they could grab and forge. They shot him, and he bled, but he never surrendered his cargo. Instead, bleeding from the bullet wound, he fought them off. The story was incredible, but it never even made the newspaper because the mailman survived. Had he died, it would have gone viral (in age when there was no “viral”).

News outlets thrive on bad news, so if it’s bad news that you want, just read the offerings of the world anywhere. But if you want “good” news, read the Gospels. Jesus forgives your sins, God promises wonderful things, the Spirit restores your family. Prayer connects you directly to Almighty Power.