Missionaries in the Philippines battle gunman with prayer 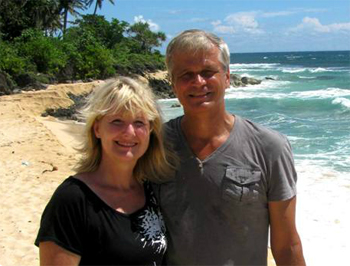 They were awakened abruptly by the sound of two explosions as a masked gunman burst into Daniel and Colleen Jaquith’s missionary complex in the Philippines and demanded money.

The gunman shot a Filipino pastor in the foot, pointed a handgun at his head, and demanded to be taken to the Americans, according to a report by Christian News Northwest.

The Jaquiths shared about the March 4, 2014 incident on a home visit to Newberg, Oregon recently.

Awakened by the explosions, the Jaquiths were then startled to see the gunman appear in their doorway with the pastor as hostage. “Give me the money, or I will kill you!” he shouted.

In response, the Jaquiths dropped to their knees and began to pray. “Colleen and I were desperate and defenseless there on our bed,” Dan said. “In our desperation we both began to unitedly cry out to the Lord with very loud and intense prayers. I prayerfully went to my knees.” Read the rest of the story.