He’s been called “America’s most self-loathing homosexual,” but Doug Mainwaring, who struggled with same-sex attraction, was just trying to do the best thing for his kids and for the nation.

“I was living as a gay man at the time and I began to write about the need to maintain the definition of marriage,” Mainwaring says on a Ruth Institute video. “President Obama had just come out that he had evolved on the issue. It was suddenly becoming front and center in the national debate.”

His 2012 piece, “The Myth of the Same-Sex Marriage Mandate,” caused a commotion.

While he was sounding the alarm, writing and speaking on major media platforms about his concerns for his family and America, he was dating men.

Recently divorced and resentful about the dissolution, Mainwaring was indulging a same-sex attraction he had felt but never acted upon. But as he wrote, he began to see that he needed to fix more than just the nation. He needed to fix himself!

He was married in 1985 and adopted two boys. He told his fiancé of his attractions to men, but had never acted on the attraction.

“It remains the saddest moment of my life,” he says. “I knew I was same-sex attracted going into our marriage. I had been aware of that since I was a boy. I can understand when people say they were born that way because I can’t remember a time when I wasn’t same-sex attracted.”

His marriage had been a dream: kids, home, picket fence, dogs. When the dream ended like a nightmare, he decided to indulge his homosexual tendencies.

“I thought, ‘Dang it, I’m going to go check this out,’” he says. “I was just being selfish. And in a sense it was retaliatory.”

He answered ads, which is what you did in the late ‘90s. “I went and started meeting guys. I didn’t do anything. We just met for coffee or lunch. Eventually I did have a few relationships.”

Mainwaring was apolitical. But then Obama publicly affirmed his support for letting abortion survivors die on the operating table.

“That was a riveting moment for me,” he says. “That was when I got radicalized to a degree, especially since our children are adopted, I was well aware they could have been aborted.”

When the Tea Party movement launched with conservatives on the East Coast, he got on board. As he saw the media only slander the Tea Party, he began writing to dispel the media’s attempt to demonize it. He captured attention and was offered a chance to write for the Washington Examiner.

“But I quickly realized that our problem wasn’t fiscal in nature, but it was society,” he says. “As I began to write about social issues, I began to start looking at my own life. I couldn’t write about the importance of family life without doing something about my own family.”

He had been separated for more than a decade.

“I realized I’d better try to do something to put my marriage back together,” he says. “The evidence was everywhere screaming at me, ‘Doug, you need to put your life together.’”

His youngest son was beginning to act up at school. He was biting other kids and falling into disproportionately huge rages. He sat with his ex-wife to discuss how to respond.

“One day I realized, he’s not to blame. We’re to blame,” he narrates. “We took away his happy home and placed on him our stress on his shoulders and this was the result of it.” Read the rest: Homosexual opposes gay marriage

Born in Amityville, South Carolina, Donnie was one of 10 kids growing up in poverty. His “living hell” started at age 8, when his 2-year-old brother got run over and killed by a car.

Mom blamed Donnie. The tyke chased Donnie into the street in front of their house. Donnie watched in horror as a car barreled into his brother, who bounced off the bumper and disappeared beneath the vehicle.

“You killed my baby!” his mom shrieked after the funeral.

From that moment in his life, Donnie began to suffer depression and his family fell apart. While staying at an uncle’s house, he was raped at age 8.

He was raped a second time at age 13, this time by a cousin.

His experience in school was difficult as well. He had webbed hands and feet that made him clumsy for sports. He couldn’t dribble, hit or catch a ball.

But he liked singing, sang often in church, and learned to play the piano.

At home, domestic violence was a regular occurrence. The police visited his family on several occasions. His older siblings started using drugs and arguing with mom. He acquired effeminate habits, which he blamed on being surrounded by a “sea of women.”

Today, Donnie has declared himself “ex-gay,” which he credits to a powerful deliverance from God.  He is engaged to be married to fellow musician Nicole Mullen, according to numerous reports.

Famous for his songs “Stand” and “We Fall Down,” Donnie has won three Grammy Awards, ten Stellar Awards, two BET Awards, two Soul Train Awards, one Dove Award and one NAACP Image Awards. He is one of the top selling Gospel music artists, with more than 10 million albums sold worldwide. He is currently the senior pastor of the Perfecting Faith Church in Freeport, New York.

Homosexuals were disappointed when Donnie refused to be acknowledged as one of their own. In 2001, Donnie wrote about his homosexual attraction in a blog post.

“I was not born with these sexual tendencies. It wasn’t chromosomal and had nothing to do with my DNA,” he wrote, according to the Daily Mail. “These tendencies surfaced because a broken man thrust an 8-year-old boy into this whirlwind. Thus my first sexual relationship was with a man. Before I could ever know the purpose or pleasure of a woman, have my first date or even my first kiss, the wound was inflicted, and the seed was planted.” Read the rest about Donnie McClurkin’s struggles.

The darker it gets, the clearer the Light becomes 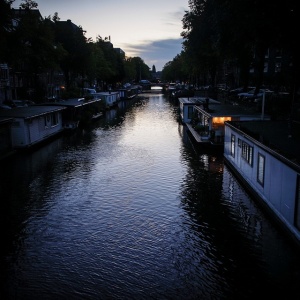 Today I’m filled with buoyancy. The Gospel is now going to advance more than ever because apparently it is receding.

Our nation is becoming darker. Every day, there is more sin: the murder of babies, sexual sin, legalization of drug use, etc. But instead of bemoaning this “decline,” I rejoice. The 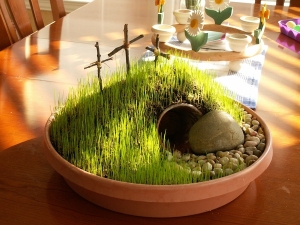 What’s the message of this pot? People need this message!

deeper into sin people get, the more desperate they become for answer to the anguish of their souls.

So, let us Christians pray and not whine. Let us outreach. Let us purify our message, eliminating hate. Let’s show love to homosexuals; after all, they are just sinners like the rest of us, not any

worse than me and just as needy. Let’s stop being Pharisees condemning to Hell a world crying out for God’s love. Let’s stop trying to legislate morality and show people a better path with our testimonies.

We are on the brink of great revival. Do not blog doom and gloom. Bend your knees and pray. Go on outreach. Hug a sinner. Invite him to coffee. Talk to him and show him he’s a human being.