Tortured for converting from Islam, Egyptian lawyer had Daniel experience

Like the lions in Daniel’s den, the ferocious attack dogs meant to torture Majed El Shafie in his Egyptian jail cell refused to do anything to him. They sat placidly, and one even licked his forehead – to the rage of the guards.

“These dogs are trained to listen to their masters,” El Shafie told Sid Roth. “But there is no higher Master than the Lord Jesus Christ.”

How did El Shafie, a remarkable law student, wind up on the wrong side of law? First, he converted to Christianity from Islam, a big no-no in Egypt, which defines itself as officially Muslim. Then he founded a pro-Christian legal aid organization with thousands of members. But the last straw was he wrote a book expounding his ideas.

On August 15, 1998, the government came after him. “At 1:30 in the morning, I heard a knock at my door.” El Shafie said. “Five officers came and broke the door. They took me to the police station behind the Parliament. They told me, ‘We know who you are. We know about your book. One thing we don’t know is who is rest of your group.”

Since El Shafie refused to name his associates, the police resorted to torture. They escorted him to Abu Zaabel prison in Cairo, known in the Middle East as “Hell on Earth,” where he endured seven days before nearly dying, El Shafie said. He recovered slowly in a hospital.

El Shafie was born into an influential family in Cairo of lawyers and Supreme Court justices. But he learned of the injustices of Egyptian law in his first year at law school, when there were up to 7,000 prisoners languishing in Egyptians jails whose only crime was being a Christian.

“From my knowledge, if there is persecution, it means the enemy is trying to hide something.”

His friend very discreetly dodged the question and instead offered him a different book, one “that answers every question he could have.” In the pages of the Bible he discovered a justice, love and forgiveness he had never known before.

Providentially, he first opened the Scripture to John 8, the story of the woman caught in adultery. “Judge her according to the law of Moses!” the Pharisees cried out to Jesus.

“Whoever of you is without sin, cast the first stone,” Jesus replied.

“The only one who could cast the first stone was the Lord Jesus because He was the only one who had no sin,” he observed. “But He didn’t. He told the lady, ‘Go and sin no more. I forgive you.’ This was my first time to see true forgiveness.” Read the rest of the story.

Richard Wurmbrand tells of being tortured for Christ

Out of 14 years in jail under the Communists in Romania, I spent three years alone in a cell 30 feet below ground, never seeing sun, moon or stars, flowers or snow, never seeing another man except for the guards and interrogators who beat and tortured me.

I seldom heard a noise in that prison. The guards had felt-soled shoes, and I did not hear their approach. 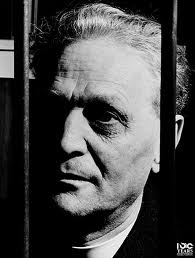 I had no Bible, or any other books. I had no paper on which to write my thoughts. The only things we were expected to write were statements accusing ourselves and others.

During that time I rarely slept at night. I slept in the daytime. Every night I passed the hours in spiritual exercises and prayer. Every night I composed a sermon and delivered it (to myself).

To be in a solitary cell under the Communists or the Nazis is to reach the peak of suffering. The reactions of Christians who pas through such trials are something apart from everything else.

Blogger’s Note: I stumbled across this book With God in Solitary Confinement, with the most unattractive cover, and discovered a gem we need to remember. God’s servants are suffering greatly around the world. They are an inspiration for us to live more whole-heartedly for the Lord. He died in 2001.