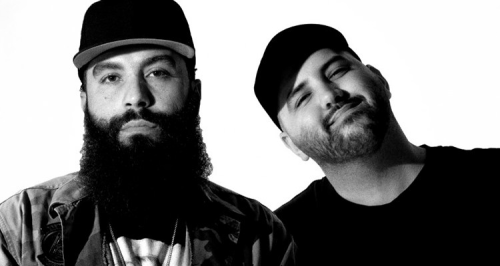 They were bullied in school hallways and cut from teams. They went unnoticed, until they tried to get attention, and then they stuck out like sore thumbs. Girls weren’t content to just say no to a date: “Get out of my face or I’ll scream very loudly.”

Now, Fernando Miranda and Martin Santiago have turned all those moments of embarrassment and loneliness into gold.

As a rap duo, they’ve capitalized on their woes to build a huge following of awkward, shy and unpopular people. Their group, Social Club Misfits, is a Revenge of the Nerds 2.0, and they signed with Capitol Records CMG in 2016.

While the rest of America — and notably the rap world — was busy putting down others, Social Club Misfits was gathering all the outcasts into a massive group of friends, followers and family.

“I think God is about people and as Christians we should be about people and known for our love,” Martin told Rapzilla. “We wanted to have a band that was honest and real with people. It’s a safe zone. We wanted to share from our life and give you a Christian perspective on everything we do.” 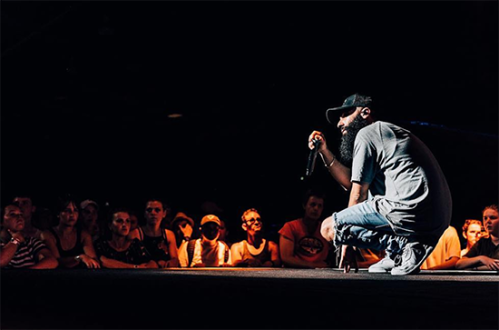 Both Marty and Fern — as they prefer to call themselves — started as church dropouts.

Fern was born in Puerto Rico. When his parents immigrated to Hollywood, Florida, he was a pastor’s son banging on the drums and the congas.

He was doing music and had generated some buzz in the local radio stations. So when he turned 18, he moved out, stopped going to church and dedicated himself full time to worldly rap. He was sleeping on friends’ couches and fell into the party scene that always seems to accompany the world music scene.

“That was the start of what I call the lost decade — ten years of being out there and mom wondering and crying and praying,” Fern says on a testimony video. “I wouldn’t tell my parents where I was. My mom would call me and say, ‘Where are you? I just want to bring you $20.’ And I would say, ‘Mom I can’t tell you where I am. I’ll meet you at the drug store, and I’ll give you my laundry and could you wash it for me?’ She would cry and say, ‘Your dad wants to see you.’

“But I was being prideful. I never wanted him to see me like that, being broken down.”

He was messing around with drugs and started hustling to make ends meet. One night some enemies burst into his apartment and held a gun at his face while they ransacked the apartment. The problem wasn’t with Fern, so he was allowed to live. 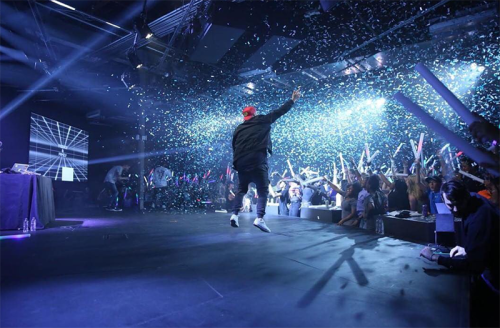 “The Lord spared me,” Fern says. “Ironically enough, that was just the beginnings of the lost decade. I would go on and pursue regardless of what that was. I had a gun in my face another time after that. It was a repetitive cycle. It’s called insanity. You just do the same things over and over trying to look for a different result.“

The lowest point came when he very nearly threw himself from a hotel balcony when he panicked during an overdose.

“Jump!” a voice told him as he leaned over the railing. “Just go ahead. You did too much. You gotta go now.”

He drank milk to neutralize the drugs. Read the rest of Social Club Misfits testimony.