She prayed husband out of drugs and into pastoring 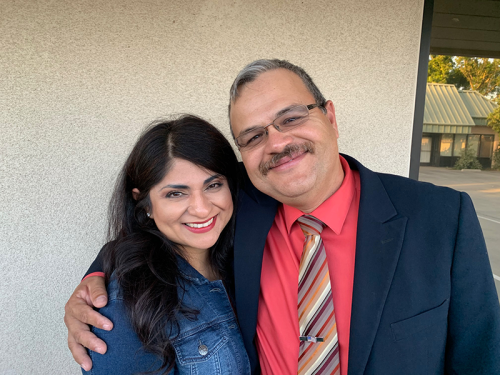 First there was blood on the pillowcase. Second, her husband slept all day, had circles under his eyes, and a persistent bad attitude. Eventually, he lost his job, his car and his dignity.

“I was naive,” Norma Pena says. “I didn’t recognize the signs of drug abuse. Although I came from a dysfunctional home, I didn’t know what addiction was.”

It got so bad, Norma told Tim to move out. Three years of marriage was coming to an end. She felt “numb to him,” she says. “I had no feelings for him anymore.”

Today, Tim Pena has been pastoring a church in Visalia, California, for almost 20 years. It’s a mind-boggling turnaround. And they are still married. 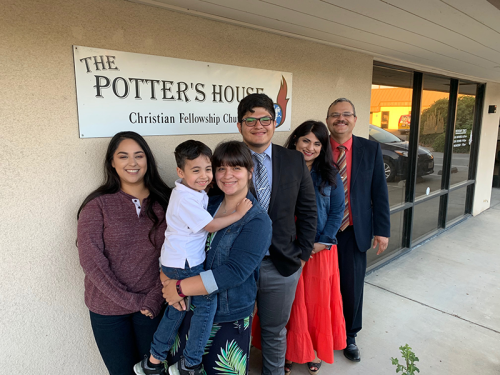 When Norma accepted Jesus into her heart in 1997, the marriage was on a fast train to Splitsville. Her friend, Sandra, who had evangelized her tirelessly for three years, encouraged Norma to contend for restoration of their relationship.

“At first I didn’t believe he could get saved,” Norma says. “He made my life a living hell.”

At the time, Norma had only one child — but she was worried that she was falling victim to a vicious legacy.

At the constant encouragement of Sandra, Norma prayed for her husband. Things were not going well for him. He was sofa-surfing at friends’ houses. His life was spiraling downward, propelled by cocaine and alcohol.

Then one day, he showed up at the same church Norma attended, the Potter’s House in Indio, California. Tim answered the altar call for salvation.

She watched from the congregation. She thought the conversion was faked.

But her friend urged her to persevere in pray.

“The Bible says you have to pray for your enemies. He was my enemy because he made my life a living hell,” Norma relates. “But he was the father of my daughter, and I wanted him to be a good example to her.”

She did NOT pray for her marriage to be restored however. Read the rest: Wife prayed husband out of drugs and into pastoring.