Pursuit of ‘happiness’ got you burned out?

If only you had more money, more vacation, more fun.

So you work hard in the unmeditated pursuit of happiness. But it’s got you burned out. If only you knew the way to peace.

The way of peace they know not; and there is no judgment in their goings: they have made them crooked paths: whosoever goeth therein shall not know peace. — Isaiah 60:17.

Does it seem odd that the Bible, unceasingly maligned by the world, should possess the secret to unceasing peace? And the work of righteousness shall be peace; and the effect of righteousness quietness and assurance for ever.– Isaiah 32:17.

What brings peace? Righteousness. And they told you that the pleasure was fun and brought happiness. Well, yes. God made pleasure, but sinful pleasures bring torment to the soul and rob us of peace. There is no happiness outside of God.

They call them Seoul Sisters because these Korean golfers are taking over the Ladies Professional Golf Tour – and among their ranks are many Christians.

“The Korean players keep their faith closer to their chest. It’s not that they’re less evangelical, they just present it differently,” said Cris Stevens, who leads a Bible study on the LPGA.

Lydia Ko is one of the South Korean golfers smashing records by smashing balls. The youngest ever #1 ranked player at 17 years old last year, Ko won the Evian Championship in France last year. 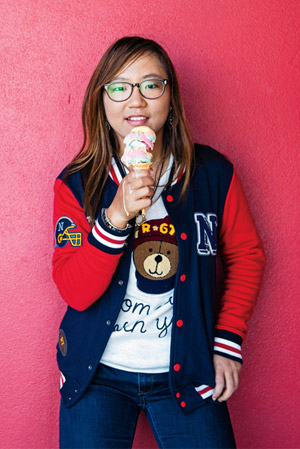 For her success, she credits her parents – who brought her to New Zealand at an early age – and God

“Having faith gives me a sense of belief, tranquility, serenity and comfort,” Ko said in Golf MRX. “It constantly brings me back to reality. We are all the same human beings at the end of the day, living in the same world.”

She’s perhaps the youngest success story among the LPGA Christians. One of the older LPGA stars is Mi-Hyun Kim, who retired in 2011. She had won eight LPGA events and her best major was second place in the Women’s British Open in 2001. She was one of the original four dubbed “Seoul Sisters.”

“Honestly, I made a lot of money in the United States on the LPGA Tour,” she said. “Most of time, I get the money here and donate to South Korea. But, I want to help people here, too. The win was a surprise for me, and I think God gave it to me like a special present or he is using me like, ‘okay, I give you this, but after that you give to help the people.” Read the rest of the story.

Don’t let them destroy your dream

People are nasty. You have a dream, and they want to destroy it. You must guard your heart against evil people. Don’t let them assassinate your vision, your self belief. Hold on to your dream and pursue. Believe in yourself and in God. He will make a way.

Don’t give up. A lesson from bubble wrap

I guess you could call it a speculation bubble.

But when Alfred Fielding and Marc Chavannes invented bubble wrap in 1957, they were trying to make textured wallpaper. It came out funny-looking, but instead of giving up, they tried to find another application for their invention. Wah-laa! The stuff is the preferred packing protection against breakage. And it’s a lot of fun to pop between your fingers.

The genesis of bubble wrap shows how one things can lead to another. It is also a story of how you can stumble on success serendipitously. But most importantly, it is a story of not giving up. Today’s failures are tomorrow’s successes.

So if your bubble has been burst, don’t wrap it up. Keep giving it a try. You’re bound to hit success sooner or later.

They only last three weeks. Then the gym empties out, the fridge fills up, and the checking account empties out. It’s sad.

I believe in church service. At the end of each service, we have the chance to go forward to the altar and “repent.” For the unchurched, that means, we make resolutions. No, were not a bunch of hypocrites. We’re just human. And humans need to constantly redirect their paths for the good.

This actually helps me to be a better human being. The constant forming of resolutions works better than the once-a-year grandiose life-changers, at least in my opinion.

Have you ever succeeded at at New Year’s resolution? Maybe I’m wrong. Share in the comments your experience.

My life in parallel in the Christmas Carol

She plays one of the family girls in the play. I’m a Matrix-like creep.

In the sixth grade, I played Bob Cratchet, and it proved prophetic for my life, because I have never gotten rich and always worked like a dog.

Not at age 48, I’m Christmas Future in the Palisades Theatre (Pacific Palisades, CA). I warn that greed will lead to eternal torments. This has been part of my life as a preacher.

Is it possible that a life can be summed up in a simple play? How did Charles Dickens cast my personality?

The Bible says there is nothing inherently evil with money. It is the love of money that rusts the human heart. As a missionary in poor Guatemala, I saw that not only the opulent love money. The poor can easily do this too.

Those who figure that this life on Planet Earth is all there is…. well, we’re all going to find out sooner or later.

Ralph Bowen with his wife, Brenda, when they were missionaries in Africa.

You’d be hard-pressed to find a more unscrooge-like Scrooge.

Ralph Bowen was a missionary in Africa for 20 years of poverty, self sacrifice and uncommon generosity.

The script “The Re-Turn of the Scrooge” – being produced at the Pierson Playhouse Sunday through Tuesday at 8:00 p.m. – calls for something like Donald Trump in the central role. Even if he conjures every drop of acting juice, he is wrangling against every antithetical, altruistic cell in his body.

Even his response to a reporter’s question shows self-effacing unmiserliness.

“I’ve been a Scrooge person all my life. Just ask my wife and kids,” Bowen said. “We’ve all had some greedy moments.”

His actions contradict his account. Starting in 1992, Bowen was a missionary in Sierra Leone when it was rated the second poorest nation in the world by the U.N. He also pastored in The Gambia (1996-2002) and Senegal (until 2012). He and his wife, Brenda, adopted three African orphans.

Since his stint facing down malaria and rebel forces, Bowen has returned to the States, where he confronts the lesser adventures of trying to make a living as a handyman, a popular preacher at the Lighthouse Church and as a gifted actor. This article originally was published on the Santa Monica Patch here.

The reason we give gifts at Christmas

Jesus was God’s gift to mankind. When we give each other gifts, we celebrate that Jesus was a gift and that salvation (forgiveness of sins) is a free gift to any who would receive.

I suspect there are many people giving and receiving gifts, celebrating Christmas, without knowing anything more than it is a family tradition. Little do they realize they are honoring Christ and proclaiming salvation.

God doesn’t help those who help themselves

Don’t misunderstand. I’m not advocating abdicating responsibilities. But I am hacking away at a mentality that flaunts self-sufficiency and human arrogance. Because Christianity at its most basic level recognizes how helpless humans are to please God. Hence, the need for forgiveness. Christ did for us what we could never do to gain for us what we could never gain for ourselves.

I thank God I’m a Christian. This doesn’t mean I’m perfect. I’m means I humbly and repeatedly ask for God’s forgiveness, intervention and favor. Join us. It’s a beautiful life.