Bombings made him a good tennis player 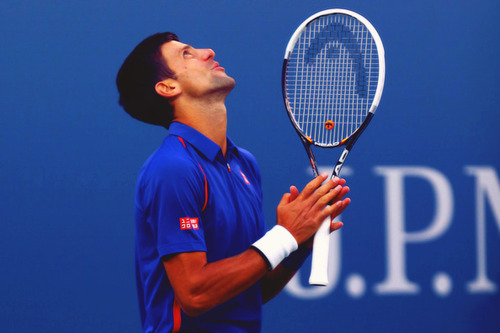 By Michael Ashcraft and Mark Ellis

To win the Australian open, a tennis player needs composure – something Novak Djokovic, 28, developed when his city was bombed by NATO for 78 consecutive nights in 1999.

A Christian of deep faith, Djokovic – also known as Super Novak – made use of his poise under pressure to take the Jan. 31 open by storm. He slammed contender Andy Murray 6-1, 7-5, 7-6 in a display of dominance proving why he’s tennis’ new #1 ranked player.

Djokovic grew up playing tennis in Belgrade when NATO imposed an embargo and bombed the city during the Kosovo War in 1999, causing great shortages of food.

“We started the war living in fear, but somewhere during the course of the bombings, something changed in me, in my family, in my people,” Djokovic wrote in his memoir, Serve to Win. “We decided to stop being afraid. After so much death, after so much destruction, we simply stopped hiding. We decided to make fun of how ridiculous our situation was. One friend died his hair like a bulls-eye, a target.”

Young Djokovic himself stumbled and fell while scrambling to a bomb shelter one night. He looked up and saw a fearsome F-117 bomber release its cargo upon a hospital, he said.

If you can play tennis while dodging bullets and standing in long lines for bread and milk, then nothing can unnerve you. After facing the hardships of war, the psychological games played by opponents on a tennis court are relatively tame to Djokovic. His inner resolve has resulted in many come from behind victories. 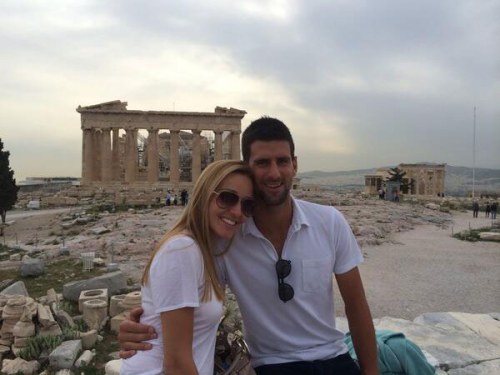 His opponents seem befuddled next to his highly-trained concentration level that screens out distractions of any form.

When Djokovic did the unimaginable and recovered from a breakdown in the fifth set to beat Rafael Nadal in the Australian Open of 2013, the Australian news.com.au proclaimed it an act akin to turning water into wine or opening up the Red Sea.

“No one does that,” the reporter wrote. “Djokovic wins a lot of matches he should lose.”

Djokovic, jubilant over a triumph that made the world stand up and notice, tore off his shirt to celebrate. The wooden cross around his neck bore visible testament to his faith.

Other players choke. Djokovic brings out his best tennis when the heat is on. At the 2011 U.S. Open he played 16-time major winner Roger Federer and returned a mind-boggling ball on match point  that seemed impossible to retrieve – now memorialized as “the shot” – that shocked Federer and the entire tennis world. Federer was reportedly upset about it for months.

Once upon a time, Djokovic was the upstart among tennis champions. He was the “third man” behind Federer and Nadal. Now, he stands alone. He has won 11 Grand Slam singles titles – four of the last five. In 2015, he won 82 of 88 matches – a 93% win percentage.