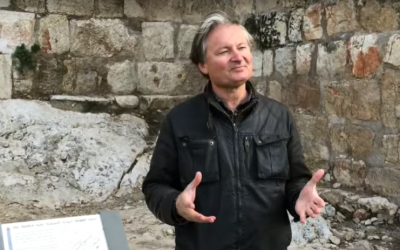 Nebuchadnezzar’s siege of Jerusalem represented a watershed in Jewish history, ushering in the era of the captivity. The carnage in Jerusalem was catastrophic and was lamented by generations of Jews.

But the conquest, narrated assiduously in the Bible, was never discovered in archaeological digs and documented by field researchers.

Archaeologists, led by a professor with North Carolina University at Charlotte, have uncovered ruins that correspond to the Babylonian attack. The team unearthed layers of ash, carbonized wood, broken pottery and a mansion. 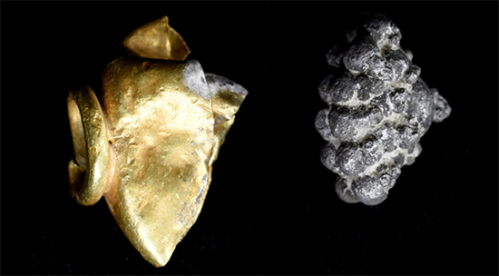 “What we’re finding is the result of that destruction. It’s the kind of jumble that you would expect to find in a ruined household following a raid or battle,” says Shimon Gibson, professor of history at the university. “Household objects, lamps, broken bits from pottery which had been overturned and shattered and arrowheads and a piece of jewelry which might have been lost and buried in the destruction.”

Every turn of the archaeologist’s spade confirms another page of the Bible.

Jerusalem became a vassal state of Babylon during the Iron Age but rebelled twice — first under King Jehoiakim and then again under King Zedekiah. In 586 BC, Nabuchadnezzar — the “Destroyer of Nations” — set out to make an example of their repeated resistance and, after a two year siege, breached the gate and tore down all “great houses” and burned them with fire. 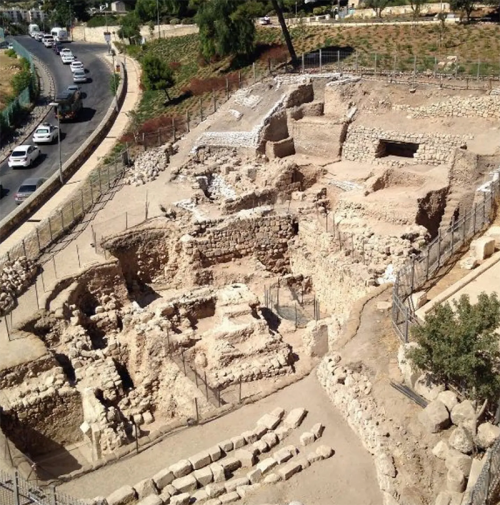 King Solomon’s temple was stripped of its treasures and razed. The wall around Jerusalem was leveled.

Gibson and his team found that Jerusalem was a sprawling and rich cosmopolitan city, larger than previously thought, at the time of Nebuchadnezzar’s conquest.

“The combination of an ashy layer full of artifacts, mixed with arrowheads, and a very special ornament indicates some kind of devastation and destruction,” Gibson says in a Haaretz news article. “Nobody abandons golden jewelry, and nobody has arrowheads in their domestic refuse.”

The arrowheads have been identified as Scythian, used during the 7th and 6th centuries BC by Nebuchadnezzar’s troops.

“They were fairly commonplace in this period and are known to be used by the Babylonian warriors,” Professor Gibson says. “Together, this evidence points to the historical conquest of the city by Babylon because the only major destruction we have in Jerusalem for this period is the conquest of 587/586 BCE.”

The jewelry piece is half gold and half silver. It consists of a cluster of grapes suspended from a cup-like top that might have been an earring or a tassel and seems to be a bauble for a Jerusalem elite, not a temple decoration, Gibson says.

“Frankly, jewelry is a rare find at conflict sites, because this is exactly the sort of thing that attackers will loot and later melt down,” Gibson says. “(It) is a unique find and it is a clear indication of the wealth of the inhabitants of the city at the time of the siege.”

The finely worked fragment may have been torn from a more significant artifact but not enough of it survives to identify its original nature definitively, researchers think. Read the rest of Babylonian conquest of Jerusalem confirmed by archaeology.