Come together in the crunch

The Teenage Mutant Ninja Turtles are splintering at a critical time. They disagree on what to do with a serum that turns humans into monsters and, Donatello believes, monsters — like them — into humans. The prospect tantalizes Michelangelo and Raphael, who long for a chance to have normal interaction with humans and not face the antipathy their cold-blooded bodies elicit. But Leonardo, thinking in terms only of effective crime-fighting, doesn’t even take them into account when deciding against such a transformation. They fracture. 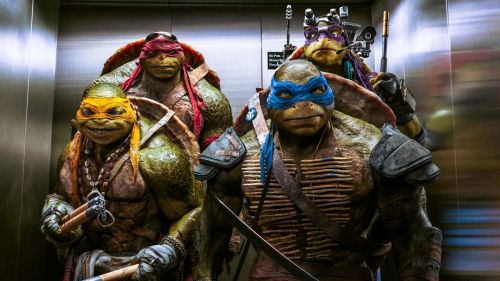 But one of the delights of the movie is they overcome their differences, work to understand each other and appreciate each others’ differences, and they join forces. At the same time, the bad guys split up. You know who wins.

I hope the church can join together at the critical moment.