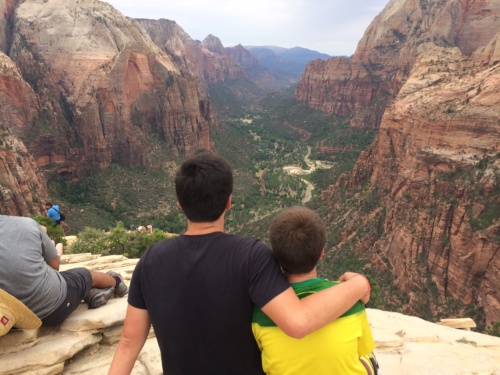 If you never try in life, you will miss all the breath-taking views and the thrill of achievement.

1. Get out of the campsite. It represents playing it safe. No risk means no reward. Angel’s Landing hike info came with ample warnings: strenuous, dangerous, arduous. Plus, who knew if was even interesting. Had we hearkened to worry, we would have missed one of the best views in the world. A challenge beckons. Take a challenge.

The trail is chiseled into the sandstone up the cliff wall. Impressive and fun!

2. You never know how far you can go until you try. The hike in Zion National Park was too long. I told my family that when we get tired, we turn back. But we kept going, tantalized by the possibility of another spectacular view. And we made it to the very end. It’s called Angel’s landing because the narrow ledge is so high up and so remote, that it was said that only angels could alight there.

The trail follows the ridge to the left of Rob’s shoulder. It looks daunting but actually is not difficult if you just take one step at a time.

3. Keep your momentum going. Don’t get overwhelmed by the distance nor the elevation ahead. Just put one foot ahead of another. If you’re trying to get free from drugs or trying to establish a business, just do your best progress today. When you are working well, don’t slow. I breezed through the heart-breaking 21 switchbacks because I felt a second wind, and I just kept going. 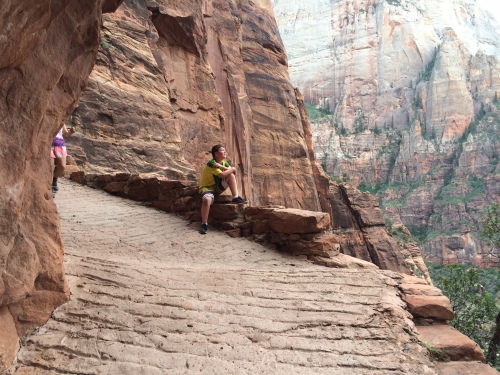 4. Stick with you group. At some point, I left my wife behind because I thought she didn’t want to go the whole way. Oops! What a jerk I was. Because I left her behind, she got upset at me. Stay with those who have always stayed with you. Let your individual triumphs be group triumphs.

5. The spectacular is ahead. The view from Angel’s Landing was almost the best I’ve ever seen in the world (Yosemite tops it). Had I never tried, I would have never known. Too often we don’t even try something because we think it involves more effort than its worth.

Those cookies were so delicious that I, a UCLA undergrad, wanted the whole bag for myself. But as I hoarded and ate, I realized the Diddy Riese cookies from Westwood just weren’t

so good all by myself. They were much tastier if I ate them (shared them) with another person. Selfishness and greed ruined the treat. 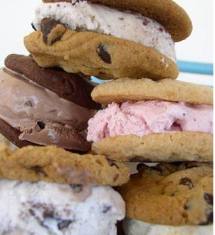 Share today! Don’t wait for the ghosts of Christmas past, present and future to visit you. Break out the stash of cookies and spread around the happiness. Whatever your wealth, whatever your talent, it will be tastier to you if it is shared.