God save the Queen!

Maybe she was being facetions, but later Thursday afternoon, she appropriated the title on the volleyball court by completing the reign of terror of Lighthouse Christian Academy’s strike force.

Then, senior Elizabeth Foreman provided the quick surprise shot from the middle that caught off guard forces deployed to deal with deadly corner attacks.

Accordingly, Lighthouse won 3 of 4 sets to extend its season winning streak to three.

After flaying the Gators, Lighthouse was feeling Gucci.

Lighthouse started sleepy. It seems like one of LCA’s problems is hitting its stride. In the first set, the Saints miffed spikes and serves go down 4-12. Eventually, they found their form and closed the gap, not enough to win though.

It was the last time… Read the rest: God save the Queen!

And LCA’s sophomore Clara Czer was striking fear into the hearts of her opponents.

“I’ve played with Clara since the fifth grade, and Clara has always, always, always been a competitive person. Everyone ever has been scared of her. Everyone,” says junior Roxy Photenhauer. “Every coach, every player. Because she’s so fierce.”

“I’d be scared to pass her serves,” admits teammate Dahlia Gonzalez, a sophomore. “She’s a light on our team, but darkness for the other side.” Read the rest: Varsity volleyball terrors in Santa Monica

Homage to the Queen

Every ball she hit was for her mother.

Her mother passed away just months ago.

“My hardest hardship was my grieving. My loss,” Dahlia Gonzalez says. “It makes me want to play better… for my mom.”

“Dahlia did pretty well this game. She did have an injured finger, but it didn’t seem to hold her back this game,” says Coach Jessica Young. “They were all good. She’s a natural athlete. Some of her passes looked like collegiate level to me. They were beautiful like in a magazine. She made some last-minute saves on the sideline. She can hit ambidextrously.”

Ray Dalio may be the master of the market, but la reina Dahlia is the queen of the court.

She has overcome a lot. The loss of her mother was on top of all the difficulties of Covid and not being around friends and not practicing sports (her preferred is softball).

The Saints dispensed the Spuds (Yes, they call themselves the Spuds. No, potatoes are not a big crop from Ojai) empty-handed.

Playing on grass in the private school’s bucolic Ojai property, LCA team members had to adjust. Hits were affected by breezes. Jumps were harder without the hardwood base. Diving would not displace the fall with a slide of smooth wood surface. Read the rest: Santa Monica Christian school sports volleyball 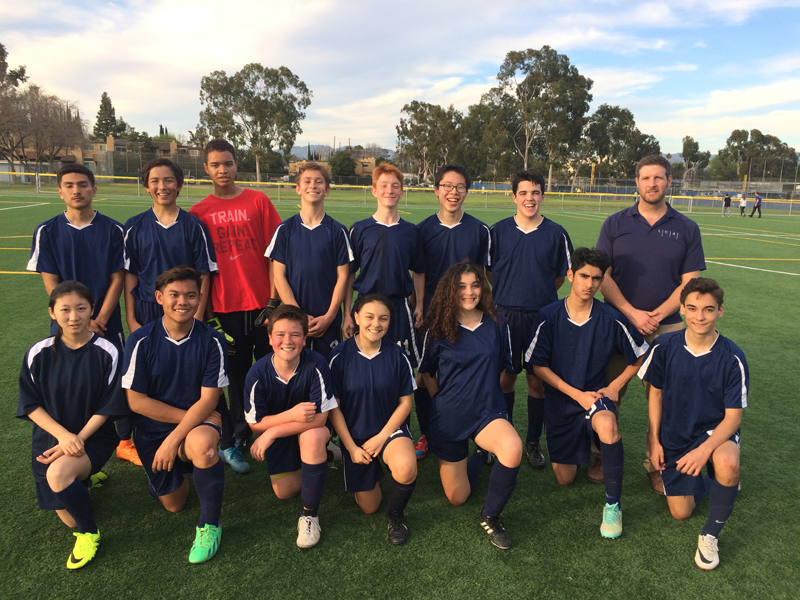 For the second straight year, Lighthouse Christian Academy entered soccer playoffs — a decided break from a long past of never making post-season play.

But the Saints mechanics ran rough on Feb. 15 against delToledo High School, which dismissed LCA with a resounding 0-6 defeat.

For about a week, Lighthouse players were thinking their third-place standing in the league ruled them out of playoffs when they rather suddenly received the news they would get at least one more game to see far they advanced. 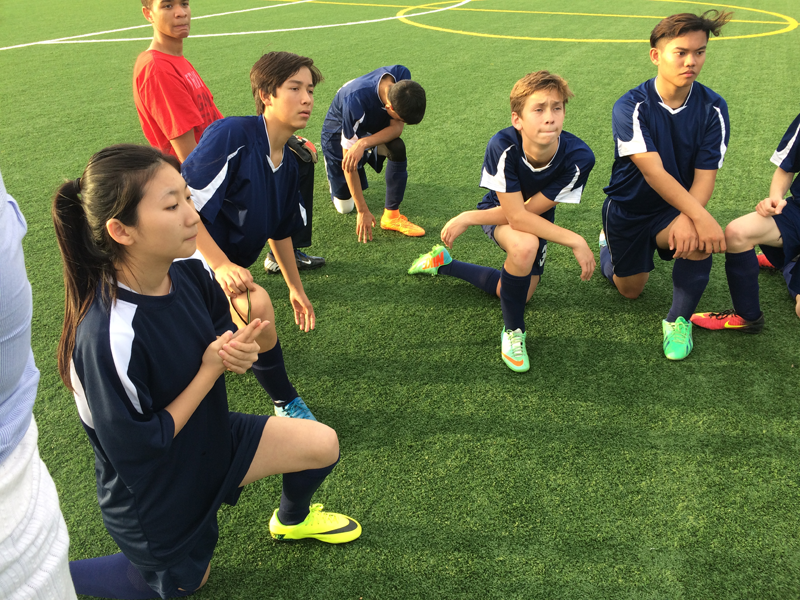 The Saints season peaked in a shock defeat of last year’s league champs 2-1. In that game, players were passing, fighting and concentrating. The victory against Newbury Park culminated a winning streak of three and gave the Saints the intoxicating sensation of invincibility that lasted only a couple days.

The next game Jan. 27 against Einstein Academy brought LCA back to reality with a humbling 0-6 thrashing. The prior passing went up in smoke with predictable results.

The Saints finished league play 5-3. Against the better teams, LCA — which has 1-and-a-half club players — can compete when they play like a team linking up with passes. Individual juking runs don’t work. But would players listen to coach and stick with selflessness?

If only players in our Santa Monica Christian school would apply the Bible to the soccer field: It is better to give than to receive.

In some games, passing became so scarce that when finally a through-ball was sent, the intended player wasn’t expecting it and invariably reacted slowly.