Ask for prayer? Go to jail. New wackiness for the U.S. Air Force 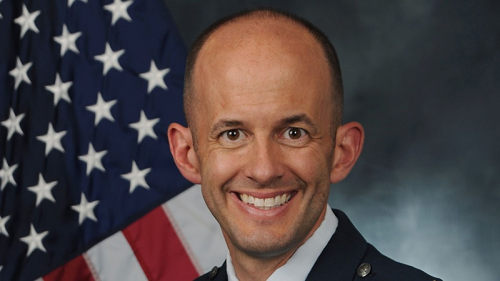 Weinstein called for a military investigation of the “disgraceful, illegal and brazen promotion of (Treichert’s) personal flavor of his weaponized version of Christianity.”

Weinstein is the leader of the Military Religious Freedom Foundation, which contrary to what the name suggests suppresses — not defends — religious freedom. Weinstein’s complaint to Defense Secretary James Mattis supposedly represents 41 airmen from Edward’s Air Force Base in California.

“General Teichert should be doing time behind prison bars, not commanding a Wing wearing a general’s stars,” Weinstein said, as reported on Fox News. Treichert is a “fundamentalist Christian tyrant and religious extremist predator,” Weinstein says.

Todd Starnes, writing for Fox News, called the allegations “so outlandish they deserve no response.”

“The Air Force appears to be doing exactly what it should upon receiving a complaint from Mikey Weinstein: ignoring him,” First Liberty Institute attorney Mike Berry says. “Like so many complaints by the MRFF, this complaint is vindictive, intolerant and completely without merit. Bigoted demands that an officer be thrown in military prison because he prays for others should be rejected out of hand.”

The Military Religious Freedom Foundation attacks any public display of the Christian faith on military bases, Starnes says. “The group is typically triggered by Nativity scenes and Bibles placed on Missing Man tables.”

The military has guidelines to prevent overt proselytizing in the name of the Air Force, but the controversy stems from the general’s private and personal website.

“Bible-believing Americans should take time to specifically pray for our nation at lunchtime every day,” the website says. It also features a prayer list – including among others President Trump, Vice President Mike Pence, Congress and the military.

“One of [Weinstein’s] attacks is that [Teichert] is proselytizing, forcing his religion onto someone,” Wright says. “But you have to go to the website. No one is forced to go, and you can turn it off at any moment.

“This general, on his own time, as an expression of his faith, with a non-military website from a non-military computer can state his beliefs.” Read the rest of John Teichert in trouble for asking for prayer.