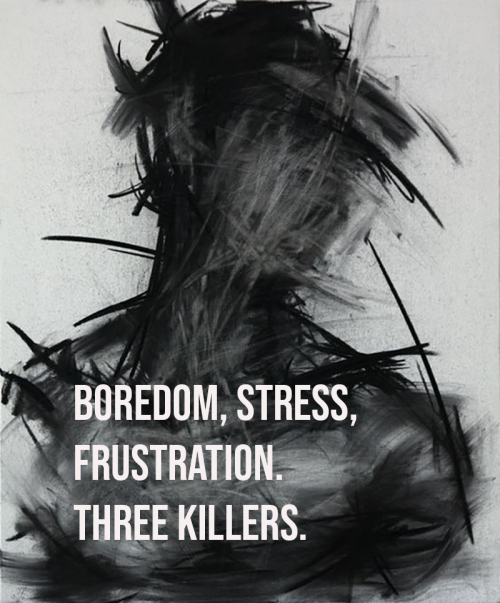 They are simply dangerous foes. They send you into drugs or some other sin.

When the Bible exhorts to “take captive” every thought, these are intended to be arrested and hauled off to jail. It’s a telling image, but how?

Because of boredom, David falls with Bathsheba. Because of stress, Elijah abandons post and runs off to the desert. Because of frustration, Moses calls it quits and retires to shepherding.

If you are in Christianity for the long haul, you will eventually grapple with these three, which threaten to become your demise.

This is why the fruits of the spirit counter each. Instead of boredom, we have joy. For stress, peace. In place of frustration, trust. In Christ, we possess the arms to counter the devil’s wiles. This is not to say I have perfectly mastered it. No, I rather encourage myself while encouraging others. 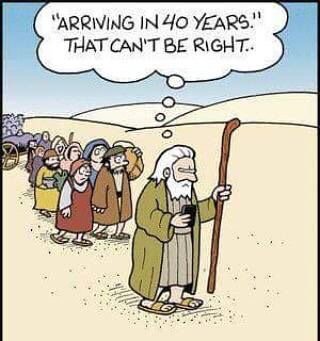 The Bible says we’re pilgrims, sojourners on this Earth. In our times of jet planes and email (as opposed to “snail mail”), we have little understanding of long journeys. But when Nehemiah traveled back and forth between the capital of the Persian Empire and Jerusalem, it took days or weeks.

Impatience is the enemy of the Christian. When bad situations don’t turn around fast enough, too many give up and return to the world. There is need of stick-to-it-iveness, of perseverance.

I’m sure Moses would have liked to make the journey to the Promised Land in an appropriate amount of time — not 40 years! God is patient with us, and we should be patient with Him. 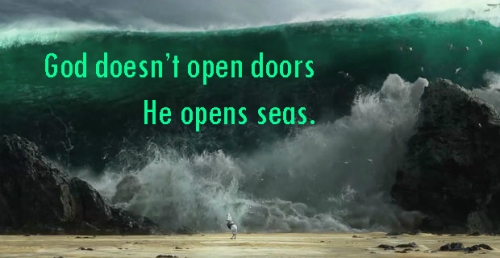 *I don’t own rights to the original, and I’m not making any money on it. 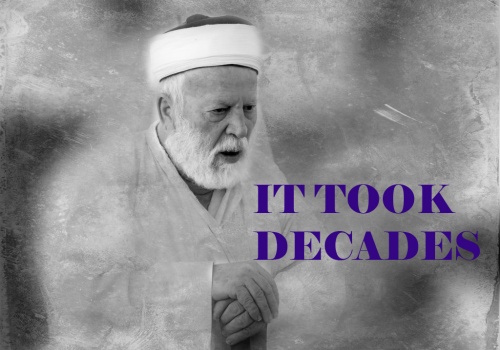 It took decades for Moses… to deliver the Israelites. He was 40 when he flopped. He didn´t want to have anything to do with it when God came around and offered him the job again when he was 80.

It took decades for Joseph to get out slavery/jail and realize God’s promised destiny.

God never is in a hurry.

I guess I can still wait on His timing.

The ‘tent of meeting’ 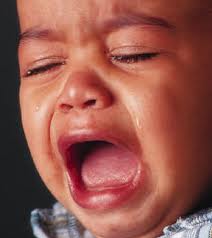 The child cries terrified alone at home as the thunderclaps explode. When Daddy comes home, he crawls up into his lap, into his hug, and the sobs subside. His fears erase because Daddy protects him.

Prayer is more than making requests. It is being with God. We are children; He, our Father. Remember that part of the Tabernacle was called the “tent of meeting,” meeting with God. Now Moses 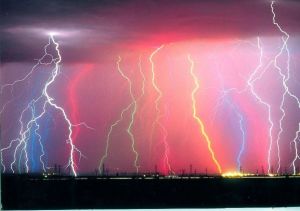 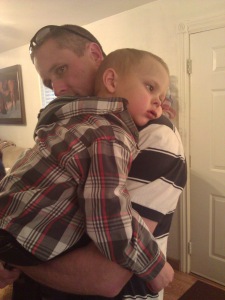 Climb up into the Lord’s lap and your fears will subside. Just be with Him and forget about your troubles here on Earth. Forget about the thunderclaps that strike unknown terrors in your heart. You’re with Daddy; nothing is horrifying anymore. Rest and trust, embraced by His love. This, too, is prayer.

The failure club and ministry 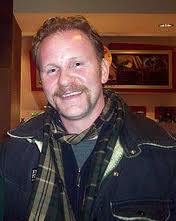 Morgan Spurlock‘s The Failure Club is a stroke of genius. This web-based program features New Yorkers deliberating trying to fail. In repeatedly failing at their biggest unfulfilled dream, they eventually hit success.

If you aim to fail, you lower expectations. You eliminate paralyzing fear of failure. You allow yourself the freedom to experiment and practice. You stop wasting time in distracting ventures and pursue your truest dream. You stop fantasizing success and actually pursue it. You don’t get discouraged because your stated goal is to fail.

The inspiring program is an inverted formula for faith. You should watch it on Yahoo (it appears every Friday at 1 p.m., but you can watch old episodes). It teaches you to have faith (in yourself). We Christians take it step further to have faith in God. Because if you don’t risk, you won’t achieve anything.

What has God called you to do but you aren’t doing because it is too grandiose? It doesn’t have a “secure” future? You could flop hugely and become humiliated?

Go ahead. Don’t be afraid to fail. So Gideon attacked the vast enemy army. David took on Goliath. Abraham left his homeland. Moses accepted ministry. Joseph received Mary as his wife. Etc., etc., etc. Passage after passage of the Bible, it’s the same story: people gambled everything, risking utter failure, to do something for God — and in the process became heroes. 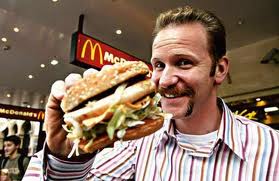 Spurlock was $250,000 in debt, sleeping at the office because he lost his home, when he decided to risk yet again and do one more movie. His docudrama Supersize me, unflattering to McDonald’s, of 2004 became a huge success.

Are you praying prayers that are too small? Are you limiting your course of action to a safe and familiar zone?