Nicki Minaj was to blame.

Faced with no finances, no family and no friends, Aicha Dramé fell into stripping in Ottawa, Canada, and Nicki Minaj’s lyrics helped push her into the disreputable but profitable lifestyle, she says.

“At that time, Nicki was popping,” the ex-Muslim recounts on her YouTube channel. “She came out with the song “Rich Sex” which is basically about, if you’re gonna have sex with a man, he’d better have mad money, songs glorifying strippers, glorifying sex in exchange for money.”

Aicha began as an immigrant from Guinea, Africa. Her mother prayed five times a day like a traditional Muslim, and her father put her in Islam’s version of Sunday school so she would learn the basics of the family’s native religion.

But when he had to move for work to a smaller town, they lost touch with their Muslim community, and Aicha grew up feeling the pull of the world. It started with dance parties and fashion posts on Instagram that got her attention. She got private messages from NBA players in her DM.

Obsessed with her boyfriend, Aicha planned on studying fashion and going with him to Toronto. “Life was amazing,” she says.

But when she got to Toronto, the boyfriend didn’t come with her. After losing her wallet on the train, she took up living with her aunt while going to fashion school.

That’s where she met a bubbly and beautiful girlfriend who invited her into a lifestyle that involved clubbing, liquor and marijuana.

“I was getting high every day,” Aicha admits. “I was so high, I couldn’t even go to class.”

When her Auntie worried openly about her friendship, Aicha moved out and moved in with her friend, who was supported by a sugar daddy who only came every weekend, sometimes every other weekend.

Until Aicha’s friend broke up with him.

“We have to strip,” her friend told her.

It was a shocking suggestion. But Aicha had been traveling down the road of clubs, intoxication and fast money already. And Minaj’s music encouraged her as well.

At first, Aicha couldn’t dance because she didn’t have an ID. But her girlfriend hooked up with an underworld figure. “I don’t know if he was dealing drugs or scamming or what,” she says. But that guy’s associate made romantic moves on Aicha, and she complied.

“That’s what I wanted. I was so ghetto,” she adds. “My idea of success, my idea of the kind of man I wanted – I wanted a hoodie. I was so stupid.”

Aicha hooked up with the gangsta and eventually danced herself. Since no one knew her in town and since no one would find out the depths into which she had fallen, the plan was to save up money and start her business in fashion.

But when it came time to put money down on a condo, the guy let Aicha know he was “married to the streets.”

Her heart was broken. She was obsessed with his bad boy image, but ultimately wanted security and lifelong love.

Simultaneously, she felt trapped by the dancing lifestyle. She was 19.

“A lot of women get in a place where they think that the only way they are going to make it in life is through this lifestyle. You can make thousands and thousands a night,” she recognized. “Dancing like this is not something girls grow up wanting to do.”

When she got pregnant, she didn’t even consider bringing the child to term, but went straight for an abortion. Of course, she was alone and abandoned.

“It was… Read the rest: Aicha Drame Christian.

Bizzle sizzles in controversy for Jesus

With no resources other than the Bible in his hand and Jesus in his heart, Bizzle was given engineers, studio time and producers free of charge to whip out his first album — a Christian mixtape.

“You feel like you have to play by Satan’s rules in order to get where you want,” says Bizzle, whose real name is Mark Julian Felder. “All the stuff I felt that we had to go and cut corners and scheme to get money to pay for, the Lord brought these things without me having to spend a dime. He just sent them my way.”

Today, Bizzle, 35, has 12 Christian albums and mixtapes and his own recording label, which is called — what else? — God Over Money. His current Light Work EP cracked iTunes top 10. His material is both a compliment and counterpoint to Christian hip-hop legend Lecrae.

Bizzle was raised in Cudahy, a small neighborhood of Los Angeles, by his mother and grandmother, who dragged him to church. He never felt poor because Mom managed their Section 8 with wisdom. His dad lived in nearby Compton, a famous exporter of rap artists.

Bizzle had verses in his veins from early childhood. His idol was Tupac, and he became enamored with the vaunted thug life of pistols, revenge and crime. When he graduated from high school, he hawked mixtapes with worldly themes, bragging about gangster living he never did. 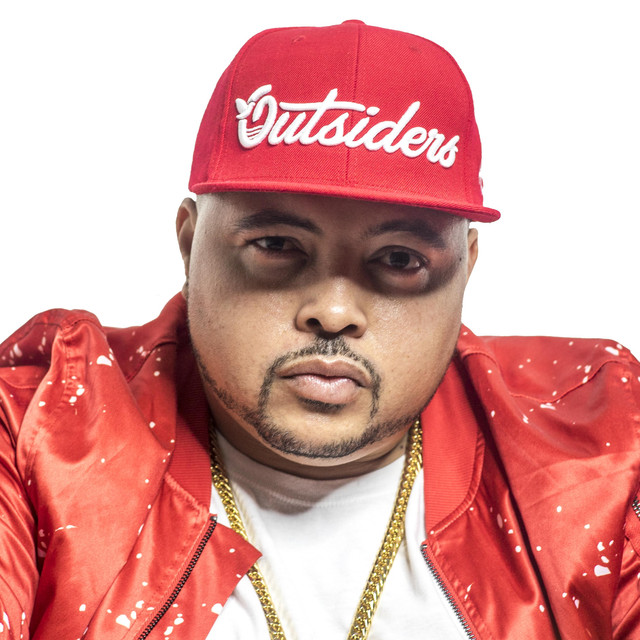 Then under the rap moniker “Lavyss,” he started to catch the eye of rap power brokers and opened shows for Lil Wayne, Juelz Santana and Lil Boosie, but he was sleeping at friends’ places or in his car. He borrowed finery and gold chains to look the part on stage. He got friends to drive him up in their ritzy “whips” when he arrived at concerts. He produced some mixtapes that showed promise.

But he wasn’t making money. So he decided he needed to turn to practicing what he preached (crime) to speed up the money-making. He began selling marijuana and pills. A prostitute who liked his music offered to help and started passing him earnings. That’s how he became a pimp.

“It’s like you go to the beach and you get out in the water and you don’t notice how far you’re getting way out there in the deep,” Bizzle says on his testimony video. “It wasn’t until I looked at Christ and saw how righteous He was that I realized how filthy I was.

“I never in a million years” would pimp, Bizzle says now. “Especially since I was raised by my mother and my grandmother, I always had respect for women. But since that was funding my dream at the moment, I gave it a pass. That was the furthest I got from God and it caused me to get the closest to God.”

Bizzle and a friend went to Las Vegas to hustle money with the prostitute. Bizzle had the habit of stowing her profits in his Bible. But he also read the Bible, and it intrigued him. One day his buddy came out of the shower and caught him reading his Bible.

“So what you gonna be a gospel rapper now?” his buddy mocked.

“You know what? I might,” Bizzle responded. “One day the Lord just had to put that conviction on my heart.”

After four years of rapping dirty lyrics and doing dirty deeds, Bizzle decided to switch to the Lord’s side in 2008. He surrendered his life to Jesus Christ and was born-again!

He had no funds but he was determined to serve the Lord instead of Satan. He took two years off, got married to his love in Houston and worked at Wal-Mart. Then he staged his return to rap, now for CHH.

It would be fair to say that Bizzle exploded onto the Christian hip hop scene with his 2010 song “You Got Some Explaining To Do” in which he called out Jay-Z and Beyoncé for their anti-Christian themes and lifestyles. Jay-Z and similar rappers were his childhood idols that led him down the wrong path. Now he was calling them to account.

Being brutally honest and criticizing a rival is regular fare for the hip hop genre, so not even Bizzle — still pretty much an unknown in rap world — could have imagined the controversy he generated. He had demanded Jay-Z explain what he was doing, but Bizzle found himself compelled to explain his diss.

It wasn’t necessarily a publicity stunt, but it worked well. Suddenly industry engineers came out of the woodwork and offered their services for free. Boi 1da (Matthew Jehu Samuels) — who produced Drake, Rihanna, Eminem, Jay-Z, Nicki Minaj and Kendrick Lamar — called him and, saying he was a Christian, offered to produce him for free.

“When I decided to do rap for the Lord, I had no resources. I didn’t have any money for studio time. I didn’t have anybody to mix the records,” he says. Then “people started coming out of the blue.” Read the rest about Bizzle controversial Christian hip hop artist.