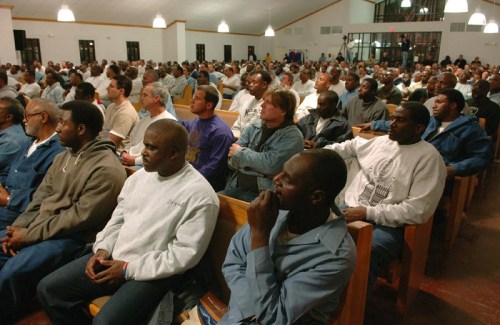 The words didn’t make any sense to Chaplain Dan, but he could see from the face of the inmate at LA’s North County Correctional Facility that something was very wrong.

As it turns out, the shot-caller had told him he would “deal with him tomorrow.” The shot-caller, the Alpha male for 70 inmates in one dorm, didn’t like the fact that the Mexican Mafia was losing traction and the Gospel was gaining traction.

“Who is inviting y’all to the Christian meetings?” he demanded one day. He needed recruits. He needed sway. He needed foot soldiers to join the ranks of one of California’s most powerful crime syndicates. And Christianity was getting in the way of his purposes.

Later that night, the inmate approached the shot-caller.

“No disrespect to you, but I’m the one inviting all the guys to the Christian meetings,” he said.

“I’ll deal with you tomorrow,” the shot-caller warned.

He knew what that meant: either he or one of his minions would brutally attack him. Read the rest: Christianity in Jail.