To say Brazil was HEAVILY favored to win Olympic gold is an understatement. Mexico had never won a major soccer tournament. Never.

And Brazil? The five-time World Cup champions only lacked this one accolade. So Brazil was playing to pick up its only missing piece of silverware while Mexico was playing to get its only trophy of significance.

But Mexico played hungry. The under-23

squad played with heart. The underdogs were sharper, quicker, more self-demanding than their overlords. So on Sunday, Mexico shocked the world with a 2-1 win. I’m not surprised. 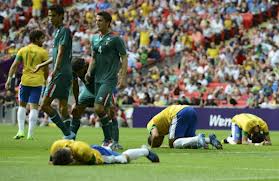 Hunger outweighs raw talent, speed and tactics. Hunger drives you. It compensates for everything.

When you pray, pray with hunger. Don’t worry about fine-sounding words. Fret not about theological correctness. Don’t waste your time with grammar and syntax. What counts is that you pray with hunger! 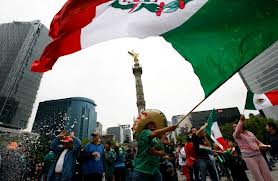 During the days of Jesus’ life on earth, he offered up prayers and petitions WITH LOUD CRIES AND TEARS to the one who could save him from death, and he was heard because of his reverent submission. — Heb. 5:7 NIV (caps mine).