Why do so many Muslims hate America? 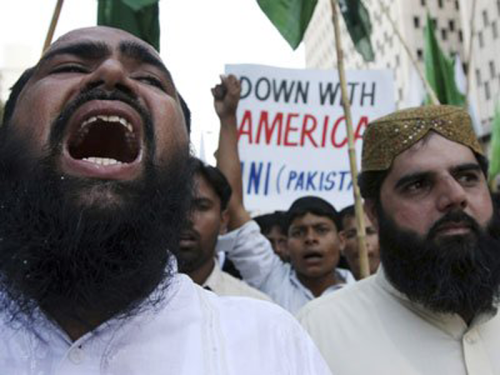 While floodwaters threatened innumerable lives in Houston, Muslims half way around the world rejoiced openly on social media that calamity had befallen the “infidels” in America.

“Allah, destroy them more and more because they destroyed our countries,” Bushra Atwani commented on a Facebook post showing flood waters flowing. 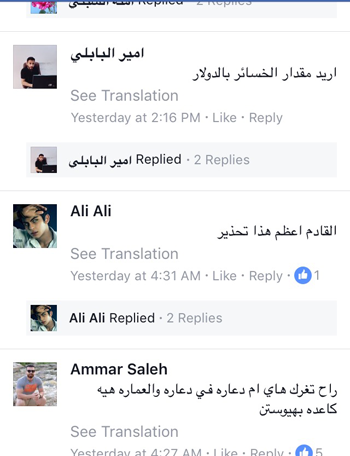 “I had fire in my heart against America,” wrote Ali Albaghdadi. “But when I saw this video, all the fire is gone. I’ve become very happy. America is the head of the snake. We prayed for that. We asked Allah to destroy America like they destroyed our country.”

The outpouring of hate, the disturbing gush of glee among Muslims who see the devastation in Texas, makes one wonder what kind of religion they have.

“We ask Allah to protect the Iraqi people there and kill everyone else,” wrote Qasim AL Gohrabi. Houston has a sizeable Iraqi population.

“This is Allah’s punishment for everybody who is against us,” wrote Ahmed El Zrafy. “I ask Allah to not help them, to leave them to their fate.” 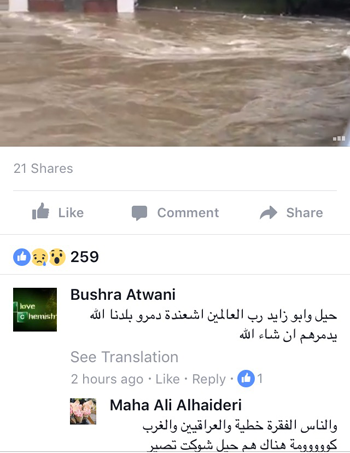 Sadly, the comments, which were interpreted by a translator and not software, are not a smattering of isolated fringe elements but represent wide swathes of Muslim opinion. In the view of the translator who reviewed the comments, about 80% wish evil upon America. Those expressing grief usually do so because they have a friend of relative living in Houston.

A Pew Research poll in 2014 found 85% of Egyptians hate America and 62% of Pakistan also express anti-American sentiment, as reported by Foreign Policy. By contrast, Israel holds the second highest regard in the world for the United States, with an 81% favorable outlook, according to Pew.

“We tend to see more negative sentiment among Muslims in the Middle East, such as those from Egypt and Jordan,” noted Bruce Stokes, director of global economic attitudes at Pew, as reported by the BBC. Read the rest of the article about what Muslims think about America.

Note: This article’s purpose is NOT to stir up hate and violence against Muslims. As Christians we must love those who persecute us. The purpose is to fight the leftist delusion that Muslims are an oppressed minority that need to be appeased. The policy of appeasement failed with Hitler, so why is it be retaken by the Left?