A ‘time of death’ brought Derek Minor to God 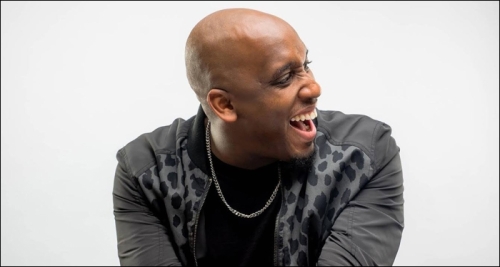 Excuse Derek Minor for bragging in his Christian hip hop, but it’s hard to not be excited about how God brought him out of poverty: While Dad and Grandma were on dope, mom was Wonder Woman raising up the middle Tennessee youngster with strict Christian principles.

The founder of Reflection Music Group can’t tone down the boasting since God helped him pay back his mother.

“They say I’m bragging when I tell ‘em I pull up in foreign cars with wife and children,” Minor says on the song “Maybe.” “You would too if you grew up in a broken home.”

Today, Derek Minor is considered by some to be one of the four “new OGs” — the new “Old Gangsters” who are leading the current crop of CHH. (He shares that with Lecrae, Bizzle and Ruslan — all of whom operate CHH labels that crank out music from multiple artists).

Derek Minor is also CHH’s professor of sociology, explaining the harsh realities of the hood to the kids in the suburbs. He goes so far as to say kids from the hood realistically have no other option other than to sell drugs, but before you fire your judgment gun, consider the ease with which suburbanites justify funny accounting and tax evasion, or other white collar offenses. Minor is only promoting understanding, compassion and mercy toward those facing daunting challenges.

Derek Johnson, Jr. was born in Pontiac, Michigan in 1984, but the family moved to Tennessee when he was young. His relationship with his birth father was poor, and then his mom remarried a drug-abusing jazz musician. Step dad inspired his musical inclinations, while mom kept him on track with a brand of devout Christianity, according to his former website.

From age 12, Derek Minor — which was his second stage name — was rapping to beats produced by his step dad. By age 15, he decided to study recording industry management at Tennessee State University. His mom bought production equipment and he graduated in 2006.

At 21, his bunk bed was his mic stand. As he released his first mixed tape with an independent company that failed, he started to rebel. Free from the strict oversight of his mom, Minor lost control after he discovered women and money.

A “season of death”‘ shook him up and he was forced to come to grips with humanity’s mortality. In a short span, he lost his grandfather, grandmother and his godmother. The sobering tragedies prompted him to dedicate his life and music to God.

His first stage name was PRo, a take off of “prodigal.” Read the rest: Derek Minor Christian rapper.