A woman’s war against babies 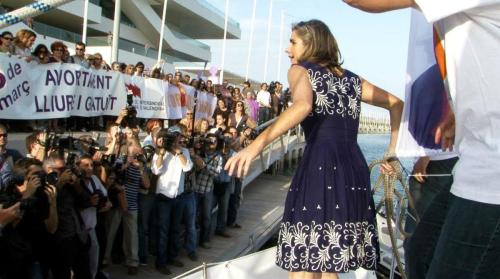 With a missionary’s zeal, Rebecca Gomperts promotes abortion in countries where it’s illegal. She believes she’s saving the planet from overpopulation, women from unsafe procedures and democracy itself.

In 2001, the Dutch doctor founded Women on Waves and sailed to Ireland with a plan to take pregnant women aboard, sail 12 miles offshore into international waters, administer abortion pills, then sail back to harbor as a means of protesting anti-abortion laws.

She hit a snag when conservatives in Holland, under pressure from the European Union, said she wasn’t licensed. She returned home amid reports that her mission was a publicity “sham.” 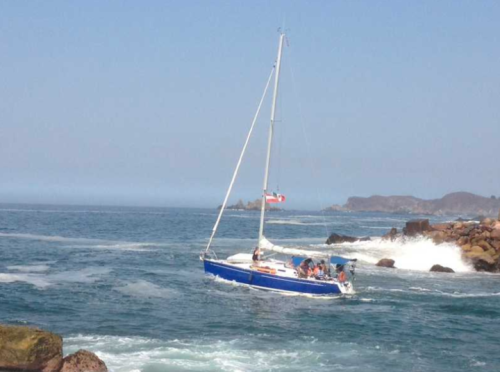 But Gomperts didn’t give up. She fund-raised and sailed again – to Poland, Portugal, Spain, and Morocco.

In February, her abortion boat was chased away from Guatemala. “The boat of death has arrived in Guatemala,” Congressman Raul Romero groaned, and President Jimmy Morales ordered the Navy to block abortion advocates from disembarking and prevented Guatemalans from boarding.

“What she is doing is essentially a protest worldwide. They go around to countries that limit access to abortion as a publicity stunt,” said Cheryl Sullenger, senior vice president of Operation Rescue. “I think it’s extremely dangerous. They bring people out to the boat and give them an abortion pill and send them home and the abortion boat leaves. There’s no follow-up care. 6-7% of women who take this pill need surgical intervention after. It’s really irresponsible. 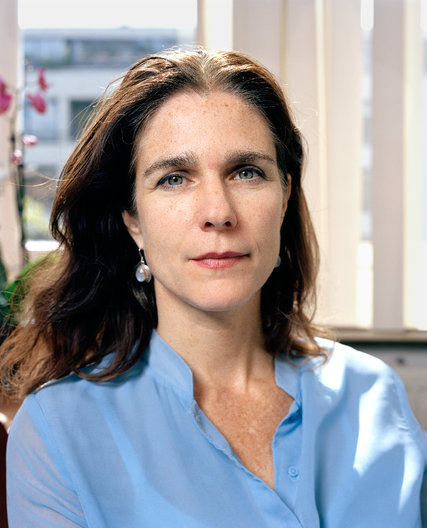 “They kill innocent children and leave women vulnerable. They just want to make a point, and they don’t have the best interests of the women in mind.”

If you read about Gomperts online, media accounts lionize her. She was made into a hero by the 2014 film “Vessel.” She is portrayed as persecuted, brave, and altruistic. Stories read eerily similar to accounts of missionaries preaching the gospel in danger of their lives and hounded by hostile people groups.

And she’s been successful. When she was blocked by two Portuguese warships from entering harbor in 2004, she countered by appearing on television. She portrayed herself as the victim and women as victims. Abortion was the answer to patriarchal oppression, she said.

When a participant on TV questioned the legality of her work, she retorted, “I really think you should not talk about things that you don’t know anything about. Concerning pregnancy, you’re a man, you can walk away when your girlfriend is pregnant. I’m pregnant now, and I had an abortion when I was — a long time ago. And I’m very happy that I have the choice to continue my pregnancy how I want, and that I had the choice to end it when I needed it.”

Within two and half years, Portugal legalized abortion, the New York Times reported. Read the rest of the article about the abortion boat.

Would you recognize him?

Nobody pays any attention to this bum, despite having pretty good soccer skills — at least not until he pulls off his beard, mustache and wig. Then, everybody wants to pay attention to Cristiano Ronaldo, star for Portugal.

Would you recognize Jesus if He passed you on the street? When you treat kindly one of the least of my brethren, you treat Me kindly. — Jesus said.

The hero of the World Cup 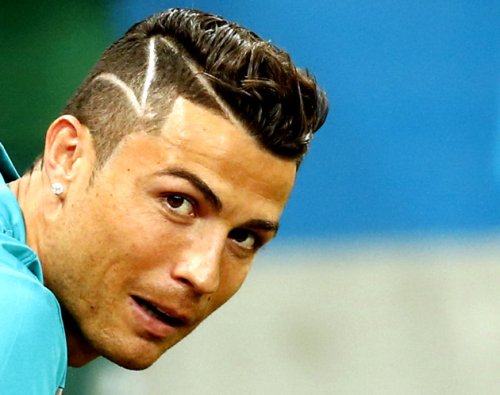 With his World Cup buzz. (I don’t own the rights to this photo, and I’m not making any money on it.) 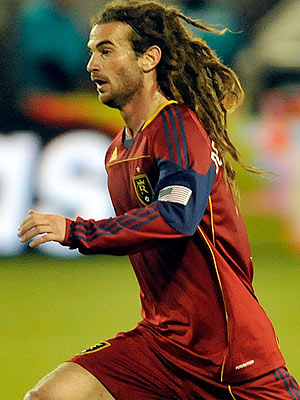 Kyle Beckerman’s wild hair. (I don’t own the rights to this photo, and I’m not making any money on it.)

The hero of the World Cup is Cristiano Ronaldo. This is the Hollywood-ready pretty boy I’ve sent to the itamae often for diving, cry-babying and basking in his own image on the replay screen at the stadium.

I’m now his enthusiastic admirer. I’m not being sarcastic either. I’m not thinking about how his injury-induced tepid play helped the U.S advance out of the Group of Death, nor how his timely goal ensured Ghana’s defeat (that also helped us). 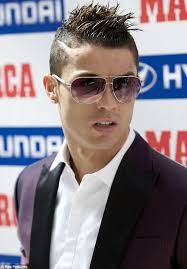 The pretty boy image. (I don’t own the rights to this pic, and I’m not making any money on it.)

I’m talking about his haircut.

Football players are famous for crazy cuts. You’ve got Kyle Beckerman’s shock of dreadlocks. You’ve got mohawks and numbers buzzed into the side and all kinds of things. When Cristiano Ronaldo showed up with a zig-zag pattern, fashionistas groaned.

Then people found out it was more than just a racing stripe. CR7 mimicked a scar on the head of Erik Ortiz Cruz, a Spanish boy whose $83,000 brain surgery he paid for.  It was tribute and solidarity. 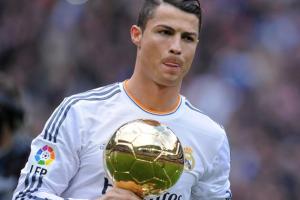 Sadly, people are tolerant of bad boys who score goals and win cups. But when an act of charity is performed, they become cynical and cry foul. “He’s just trying to get attention,” they say. (I don’t own the rights to this picture, and I’m not making any money on it.)

Forget about who ultimately lifts the gold trophy. The Real Madrid superstar is the biggest winner of all those brats who disgust with their entitlement and unthinkable salaries. Once and for all, the 2013 Ballon d’Or winner shatters his image as Narcissus.

I can just turn my computer screen off now. I’ve seen the best the World Cup has to offer.

A sense of destiny 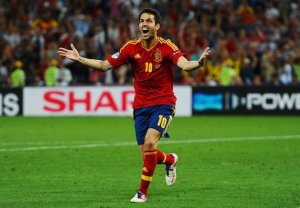 In Spain’s semifinal triumph over Portugal in the recent Euro Cup, Cesc Fabregas experienced “a funny feeling, a premonition,” before the game that he would score the winner in a penalty shootout. His was the fifth shot, and the daisy chopper ricocheted off the post and into the goal, out of reach of the goalie. 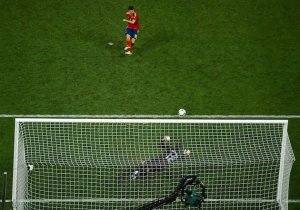 Now, I don’t know if Fabregas is New Age, psychic or just plain creepy. But he exhibits something that you as a Christian leader must not lose: a profound sense of destiny.

You won’t be able to carry on your labors if you forget that God has destined you to success. For we are God’s workmanship, created in Christ Jesus to do g 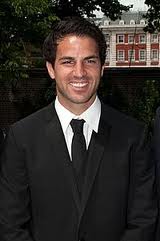 A sense of destiny will carry you through the valley of the shadow of death. It will keep you looking up as you suffer blow after blow. A right focus will sustain your courage and encouragement.

Though I’m suspicious of Fabregas’ source of inspiration, I admire the simple fact that he plays inspired soccer. We must deliver inspired ministry.