After he saw Satan in Hell, he quit being a witch 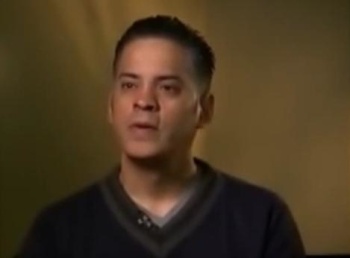 As a high priest of Santeria, John Ramirez knew he was destined to join the five main demons of Santeria in Hell. But he didn’t care. While he lived, he was respected and feared as powerful witch in his South Bronx neighborhood.

Born in a family steeped in witchcraft, John was consecrated at an early age under demonic threat at a tarot card reading. If his parents did not dedicate him to Santeria, they were warned he would be blinded. Dutifully, his mother placed him a bath of herbs and performed the required chants.

Afterward, “my whole personality — what I stood for, what I was — was no longer there,” John said. “I felt like someone put a black blanket right over me. I wasn’t answering only to my mom and my dad, I was answering to the demons.” 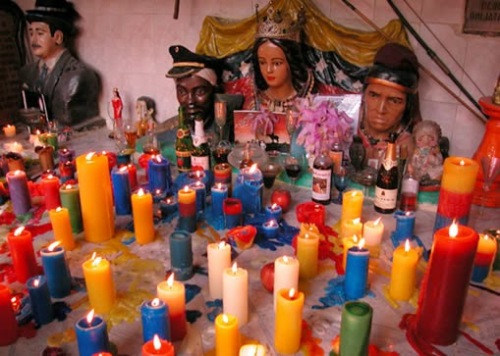 He trained under the tutelage of high-ranking devil worshipers. He skulked into funerals to “capture” the dead body’s spirit and use it to kill others by the same death. He scrambled to collect the blood of drug dealers killed on the street to perform Satanic rites.

“People knew that I was force to be reckoned with,” he said. “I liked that power. I was talked down to as a young boy. Now I had the power and the authority to do whatever I wanted.”

When John was 13, his father died in a bar brawl. Since dad was physically and emotionally abusive, John saw his death not as a tragedy but as a relief to his mom.

“As a young kid, I called out to God to help my mother” when dad was beating her, he said. “And no one showed up. But the devil showed up because he killed my dad. I believe the devil said, ‘No one loves you, but I love you. Your father can’t provide for you, but I’m you’re provider. I’ll give you anything you want. Just ask.'”

Santeria is a Caribbean form of witchcraft with roots in Africa. It involves drinking alcohol, dressing in white, performing rituals with red candles and human blood. John took his practices outside his apartment and, for reasons he couldn’t explain, targeted especially Christians.

“At the clubs, I’d go around looking for Christians. At the club, I knew, you were in the devil’s playground. So I knew that if I could get to you and you had a beer or two already in your system, I would say, ‘I have something to tell you today.’ You would say, ‘What do you have to tell me?’ You opened the door; you gave me gateway.” Read the rest of the dramatic testimony here.

My student, Anthony Gutierrez, at the Lighthouse Christian Academy in Santa Monica wrote this article.