Years after having three abortions, Maria Field suddenly found herself numb, her emotions in disarray at a time she should have been joyful – her recent engagement to be married.

“I didn’t think my past affected me emotionally,” she said. “It took God to show me that this was the wall in my life that I needed to deal with. I needed to work through the loss and find forgiveness and healing.”

Because of her experience, Maria started a licensed family counseling practice specializing in Post Abortion Syndrome, something unrecognized by the medical community that bears striking parallels to Post Traumatic Stress Disorder (PTSD). 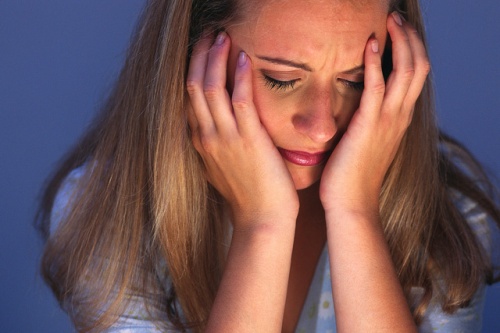 Since opening her office in 1995 in West Los Angeles, she’s seen hundreds of patients. Some of them are coming to terms with their decision to abort 40 or even 50 years earlier. Others come to see her immediately after an abortion. Even men can suffer Post Abortion Syndrome because they are participants in initiating life and its deliberate termination.

The syndrome has not been recognized by the Diagnostic and Statistical Manual of Mental Disorders (fifth edition), or DSM-5, but not because it’s a bogus condition concocted by pro-lifers, as the secular media suggest.

Rather, the disorder simply lacks clinical studies in the same way PTSD lacked clinical studies and was not officially recognized immediately following the Vietnam War, Field said. It is hard to find subjects willing to offer themselves as subjects of study, which may re-open painful wounds.

Typically, women who abort adopt some coping or defense mechanism to suppress the grieving over the loss of a child, Field said. In her own case, her successful busy life, studies and professional career provided her a sufficient cover.

She was in denial about what happened. But she stopped going to church with her mom because church made her cry, and she didn’t want her mom, who didn’t know about the abortions, to ask why she was crying, she said.

The coping mechanism worked for 15 years. Then she planned to get married and suddenly a host of long-suppressed emotions surfaced like a boiling cauldron in her heart. At first, she couldn’t figure out what was wrong. But she had studied for her master’s in psychology at Pepperdine University, so she was in tune enough to start connecting the dots.

Eventually, she realized she needed therapy and drove once a week to Newport, the only place she could find a therapist who would deal with the issue.

Even among Christians, who supposedly oppose abortion because of the belief it is murder, abortion is prevalent. Young girls feel the shame of an out-of-wedlock pregnancy and think it will be too much burden for them or their family – so they choose the easy way out. Read the rest of the article: post abortion syndrome.