One act of kindness

Abel Magwitch is a hardened criminal, a repeat offender who has no qualms over terrifying a small boy and threatening his life if he doesn’t steal food and a file for him.

But one act of kindness radically changes his life. Pip brings the stolen food to the escaped convict, who also grabbing the file furiously frees himself from his leg iron in Victorian England.

Apparently, no one ever had done a turn of good for Magwitch, who is so grateful for the food and file that he turns his life around and becomes a hard-working businessman. Magwitch donates anonymously huge sums of money to Pip, a blacksmith’s apprentice, so he can raise his station in life.

Charles Dickens is rightly a classical author, because he makes us meditate about our own lives. Who can I transform with a simple act of kindness? Pip performed it under duress. Even so, it’s impact was revolutionary. How much more so if we give motivated by the love of Christ? 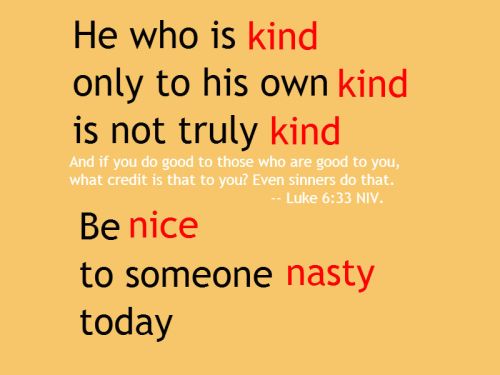 Posted on September 5, 2013 in Christianity