Gold on and off the field, Kaka belongs to God 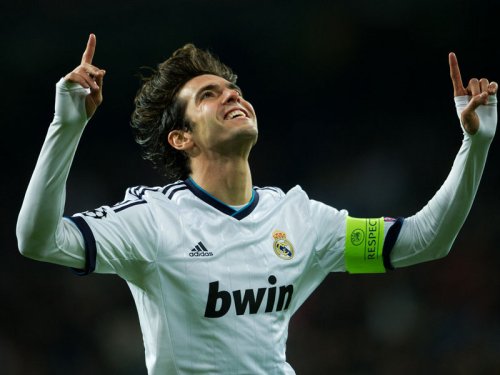 After Kaka impossibly threaded the ball through three Manchester United defenders and slotted for goal in the 2007 Champions League semi-final, he ripped off his jersey to show the world his T-shirt emblazoned: “I belong to Jesus.”

When his team, AC Milan, claimed the title — second in prestige to the World Cup, it was anti-climatic compared to Kaka’s sensational solo performance in the semi-final. He was just too quick and precise, always a nano-second ahead of defenders. In fact, when a stalwart defender came crashing in to shut down the attack with physicality, he wound up smashing his own teammate instead.

It was his most glorious moment in world-class soccer — and yet it was completely devoid of glory.

That’s because for the Brazilian crack, glory is a thing belonging to God. Currently he plays for Orland City SC in the U.S.’s Major League Soccer. When his ball-kicking days are over, he plans to study theology and become a pastor. That’s when the real glory will start.

Ricardo Izecson dos Santos Leite became good at soccer because he was skinny and had to work harder than everybody else to excel. In 2001, he was catapulted to international fame when he scored two goals to win the Brazilian championship for his native Sao Paolo FC, which had never won a championship.

God and goals always went together for Kaka. Born into a devout Christian family, he experienced Christ in a profound way when he was baptized at age 12.

“Something supernatural happened to me. I cannot explain it, but after that experience I grew closer to God and began to know Him in a more in-depth way,” Kaka said. “My life changed and was never the same again.”

He won the respect of his teammates and fans by being a young man of integrity while witnessing boldly for Christ. He was involved in a Bible study and Athletes for Christ. Unlike many other stars who waver in the spotlight, Kaka has always held strong convictions. He married his childhood sweetheart, Caroline Celico, in 2005. Both had maintained their virginity until their wedding.

From Brazil, Kaka moved to Italy in 2003 to play for AC Milan for a transfer fee of €8.5 million. Within a month, he was a starter for the team. Read the rest of the story.

Editor’s Note: This story was written by my high school student, Adrian Brizuela, at the Lighthouse Christian Academy in Santa Monica. Of course, I edited and helped polish it. I’m proud of him. I hope he realizes that he is not only good at soccer.