Tagged all, Bible prayers, Christianity, everything, Faith, how do I pray?, inspiration, Jesus, motivation, prayers of the Bible, religion, seek God, thoughts

Physicists found the “God” particle this week, and it took a $10 billion atom smasher to do it. If you want to find God Himself though, all you need to do is pray.

Actually, the subatomic particle is more correctly called “Higgs Boson.” Why is called the “God” particle? Because it reportedly proves the physical laws that back up the scientific theory of the universe’s beginnings. Maybe God used a Big Bang when He spoke Creation into existence. 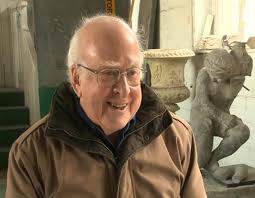 Physicist Peter Higgs theorized the particle’s existence in the 1960s.

Scientist cried at the momentous discovery. Now if they would only be as excited about discovering God as they are about His particle.