He was a monster. Now he spits for Jesus 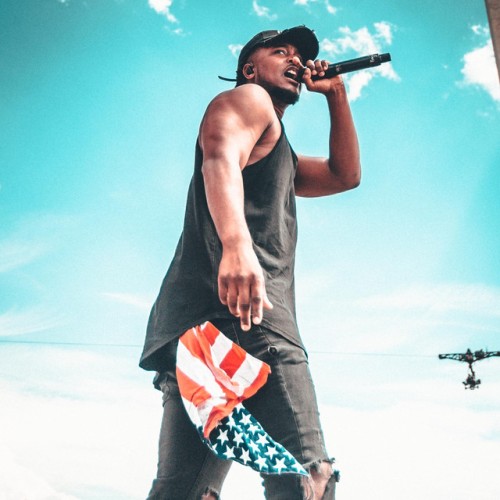 KB used to be a monster.

“It felt very unsafe regularly. Ambulances were as normal as the birds chirping. Living with gunshots,” says Burgess, now 29. “Behind closed doors like many inner city kids, I was struggling. I was struggling with my identity as a man. I looked to dudes to affirm me that I shouldn’t have been looking to in the first place. What it meant to be successful, what it meant to be strong were defined to me by people around me, by T.V., and it left me in a very desperate, dark place.”

While inner city temptations beckoned him, Burgess was also academically adept. School was easy for him, and he was invited to participate in a pre-college program in high school. But the lack of a father undoubtedly contributed to conflicts in his soul, which led him to the verge of getting kicked out of the collegiate program.

That’s when he met a Christian who introduced him to Christian rap. At the time, KB didn’t know much about Christianity, but he thought he knew that God was opposed to rap. The singer on the CD had dreadlocks like Burgess.

“I’ve walked with the Lord ever since I got that CD,” Burgess says. He got his college degree, began rapping and caught the eye of the godfather of Christian hip hop, Lecrae, who quickly signed the talented artist for Reach Records in 2010.

Today, Burgess gets played on the secular stations and his videos are shown at the gym alongside the likes of Kendrick Lamar. He’s part of the movement bringing “Christian rap” out of the corner and into the mainstream with hard-hitting lyrics expressing raw pain and original musical arrangements.

“People are going to say, ‘These guys are killing it.’” he told Guideposts. “I’m not the Christian Kanye West. We’re our own artists and when we come into the industry, we have to deal with (being dismissed as copies of secular rappers). We have something to say, we have a style of music that isn’t just reproducing.”

His third album, Today We Rebel, released in October 2017 hit #1 on Christian album sales. It followed Tomorrow We Live from 2015 which hit #18 in overall sales in America. His track “100” snagged the Dove Award for Rap/Hip-Hop Song of the Year in 2014 and was a major crossover success.

“Boy, I used to be a monster
I was tweakin’, had my mama goin’ bonkers
Yeah, you probably wouldn’t believe it
If it hadn’t been for Jesus
I’d be still runnin’ around like I’m a gangster”