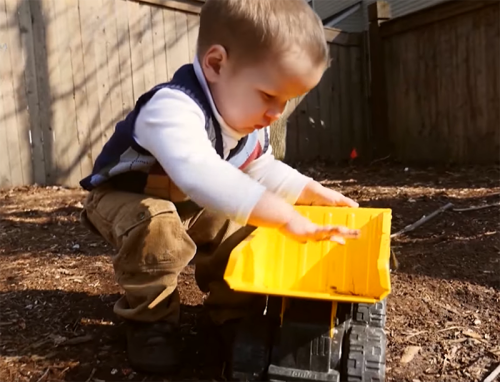 After the Thompsons’ first baby, they spent 10 years trying to get pregnant again, then decided to become foster parents. After a decade they were shocked and surprised when Jenny Thompson got pregnant again.

“We tried for years to have another child,” Tony Thompson told CBN. “For some reason we just never could conceive again. We got very, very heartbroken and decided to become certified foster parents.”

As foster parents living in Chesapeake Bay, they adopted a teenager and a son, Alexander.

Then Jenny got pregnant.

“We had prayed for 10 years and Gideon West was just a huge answer to prayer,” Jenny said.

Over lunch at Gideon’s first birthday, Tony reached over to straighten the tyke’s head. He shrieked in pain.

A visit with the pediatrician led to a referral to the hospital. After a CT scan, doctors determined he needed surgery immediately to remove a brain tumor.

It was staggering news. 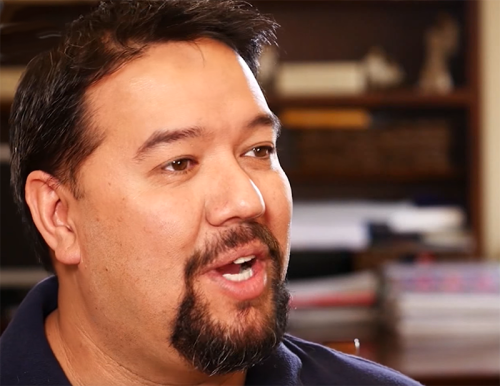 “We felt so helpless,” Jenny says. “Directly after the surgery, his body was failing. He was on medication. He had tears coming down his face. My heart just broke into pieces.”

She cried and cried to God, who gave her a vision of Gideon playing joyfully with angels.

“It was perfect peace,” Jenny recounted. “From that moment on I knew that no matter what the outcome was going to be God had our baby.”

In other words, even if he died, he would be in Heaven.

Gideon remained in ICU for 30 days.

The tumor was examined in pathology. It was cancerous.

“How do you even fathom that your child has cancer?” Tony said. “The question was, God, why would you bless us with this child just to take him away from us? What did we do so wrong?”

Even though the outlook was bleak, Tony and Jenny determined to pray and believe. They held on to hope.

As “a way of coping,” the couple launched a Facebook page “Prayer for Gideon” that quickly went viral. Gideon’s progress was constantly updated, as were specific prayer requests.

“After 30 days in the ICU, Gideon just turned a corner,” Jenny says. “And he started chemotherapy.” Read the rest: after a miracle of conceiving out of infertility, the Thompsons faced brain cancer in their baby Gideon.