Lighthouse returned to its winning ways Tuesday with a 4-0 shutout of Pilgrim School.

There is something romantic, something poetic about slugging it out in a losing battle — if you don’t succumb to cynicism. Parents cheer on their players, who bravely mount a futile fight. Coaches teach the sport to beginners. You are playing competitive league, learning about teamwork, effort and excellence. It’s a game, so even if you lose, it’s better than doing homework. The odds are just overwhelmingly against you.

It is a poetry that Lighthouse Christian Academy, with historically low enrollments, knows well — on the football field, on the volleyball court and on the soccer field.

But on Tuesday, the romance of being the underdog didn’t belong Lighthouse. It belonged to Pilgrim, which staged an epic fight and skirmished rousingly but ultimately buckled before bigger guns.

The Saints saw themselves, for once, in the dominant role.

The Santa Monica Christian school’s team was powerful enough to compete against last year’s league champions, Newbury Park. On Jan. 19, they Saints shocked the big kids on the block, upending their hegemony with a quite unexpected 2-1 from tireless toiling, vision and belief.

Then with the rush of the mouse that roared, the Saints played against Einstein Academy Friday and saw their dynamism, their teamwork and their unbeaten record evaporate. It’s not far from the truth to say that Einstein crushed the overconfident Saints.

Tuesday was a chance to turnaround. To finish the article, click here.

As an underdog, she beat everybody | Native American saves springs in West Los Angeles 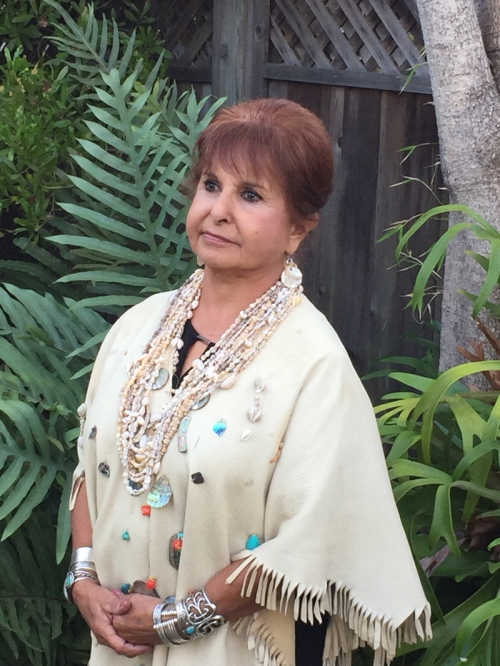 Angie Behrns in her Tongva regalia at the springs on University High in West L.A.

She fought to save the Tongva sacred springs at Uni High when a developer threatened to cut off the water supply. She fought to establish a museum with Native American artifacts on site. She fought to keep LAUSD from “mismanaging” grant funds to clean up the site that once was a village and burial grounds.

Now after 23 years of fighting, Angie Dorame Behrns, 78, a tribe elder, is quitting. The local Native American hero retired last month as president of the Gabrielino Tongva Springs Foundation, which helps administer the Southeast corner of Uni High where two springs bubble up the precious water that sustained the Tongvas before any white settlers came to the region.

“She’s been a one woman show,” said Ron Andrade, director of LA’s city-county American Indian Commission. “She has run that foundation. She did all the work to get that land set aside. She’s been a tremendous leader. I’m very pleased to see she is being kind to herself, but I’m very sad to see her go.”

Thanks to Angie’s efforts, anyone can visit the springs – named the Kuruvungna Springs after the village that has been built over – every first Saturday of the month from 11:00 a.m. to 3:00 p.m free of charge.

“We’re going to miss her. She’s done a tremendous job,” said Tongva Chief Anthony Morales. “It’s kind of sad that she’s leaving. We thank her for keeping it going all this time.” 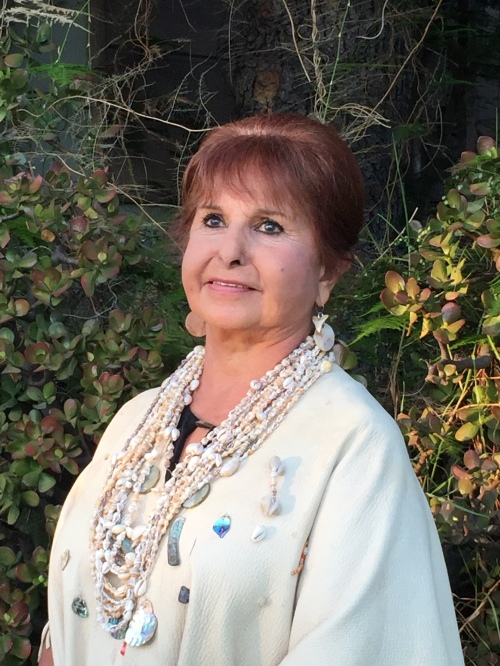 The Spaniards called them Gabrielinos, but they called themselves Tongva. Their official name now is Gabrielino/Tongva band of Mission Indians of San Gabriel.

Angie always enjoyed the springs when she attended University High School in the 1960s. There were pine trees around them, and the students turned lunch time into a picnic around what was a natural wonder and beauty on campus.

Angie was reminiscing at a 1991 alumni reunion and wanted to show her husband, Don Behrns, the beauty of the springs. As they walked down the gentle slope towards the south side of campus, what she saw filled her with horror.

The lower springs were filled with garbage cans, school benches and trash. The site was completely overgrown. Tree trunks were defaced by graffiti.

“I felt like a knife had been plunged into my stomach,” Angie said. “I was totally sick at what I saw.”

For many years, the southeast corner, with the large “lower” springs — had been used for horticulture classes. But years of disuse and neglect had destroyed the site that Tongvas considered sacred and is registered as a state historic site.

Wondering what to do, Angie called her brother Dan Dorame, and he told that the springs were destined to an even worse fate. The developer of the Barrington Plaza luxury highrise apartments on Wilshire Boulevard just north of the campus was planning a second phase to add three levels of underground parking that would block the flow of water to the springs, Angie said. Read the rest of the story.

Editor’s Note: Although this article on the Santa Monica Patch is not a Christian testimony per se, Angie herself is born-again. I found her story inspiring. 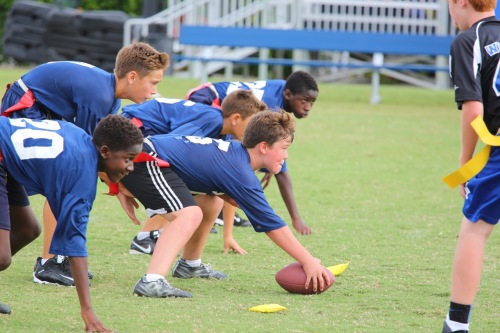 My son, Hosea, hikes the ball. The losing streak snapped.

After a stinging loss the day before, the Lighthouse Church School flag football team bounced back to beat Crossroads B 22-14 on Oct. 6 – the first victory of the season for the recently rebuilt program.

“The team is improving daily,” said Coach Josh Scribner, whose son Marcus plays on the Santa Monica team. “We’re on a very fast learning curve. Most of our players have no previous experience. But they are committed to each other and working hard.”

Suddenly a 5-game winless streak broke to the jubilation of kids and parents. Learning how to block was a key, coach said.

Lighthouse has been something of a football powerhouse. With its senior pastor a former NFL player and a former principal a Dartmouth champion, you would expect domination in the Pacific Basin League.

But changes in coaching and a drop of student enrollment combined to sack Lighthouse’s program. The middle school has gone three seasons without a team.

That all changed when Pastor Josh Scribner returned from a 10-year pastoring stint in Utah. His son was a Pop Warner star, and he was an accomplished football player. His brother, Nate, a former quarterback at Santa Monica College, also offered to coach.

There’s a new sheriff in town. Read the rest of the article.

When plaudits say “improbable” and “underdog,” they’ve grabbed my attention. Chelsea won the European Champions League for the first time ever a few days ago against a powerful foe. No one expected them to win against the talented Bayern Munich, which man-for-man outgunned the Blues.

I feel elated. I almost always root for the unfavored. That’s because we Christians — and our ministries — are always facing a daunting uphill struggle. The world has flush budgets and flashy pizazz. It’s hard for us to compete.

In the case of Chelsea, they exploited their defensive toughness to hold on through wave after wave of attacks. With just minutes to the final whistle, Bayern finally shot a torpedo that would sink Chelsea. It was what everybody expected. 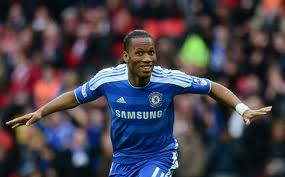 But Chelsea didn’t sink. They remained buoyant. A corner kick and a header from Didier Drogba resulted in a tie score. When extra time couldn’t resolve the deadlock, the game fell to penalties. Chelsea’s ace goalie prevailed. While the favored were crushed, the underdogs could pride themselves with satisfaction.

No matter what the odds are, we Christians win in the end. Hold tight to faith as you battle in your ministry. Don’t allow that sinking feeling to sink your ship. God will bring the corner kick that will lead you to overtime, and you will prevail in the end.