Revival in public schools through Christians in athletics

Whenever Christians complain about declining attendance in established churches, Josh Brodt pipes up about the thousands of kids who accept Jesus every year. Revival is happening in our public schools, he says.

“We’ve seen quite a revival taking place in the San Fernando Valley,” says Josh, 34. “Students are hungry for something real, something more than what the world offers. It’s clear to me that students need genuine faith in something more than themselves, and they’re searching for that.

“It’s been phenomenal to see.”

Josh works for the Fellowship of Christian Athletes, which coordinates with students to bring professional and college athletes to talk to high school sports teams. He personally meets with coaches and students at 15 high schools.

Last academic year, FCA workers in the San Fernando Valley, a part of Los Angeles that holds about half its population, saw 459 kids get saved, and they gave away 2,000 Bibles. The year prior, 900 students accepted Jesus, he says.

“A lot of students feel like outsiders, like they don’t have a place to belong, a place to call their own.” Josh says. “FCA is a place where people can belong, a spiritual community where students can feel comfortable.” 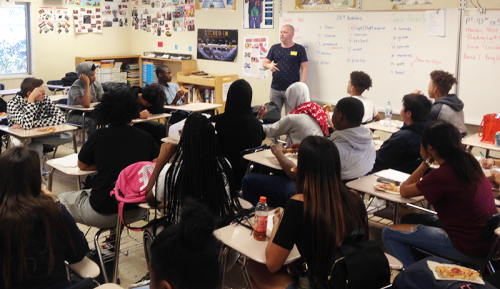 Media and sociological reports harp on declining memberships in established protestant churches and the growth of “nones,” people who report to Census and other surveys as having no religion.

But these depressing numbers don’t tell the whole story. While “established” churches may be declining and closing, those same surveys don’t catch the number of new churches opening simply because they don’t register them.

And while the number of “nones” grows significantly, the hopelessness of a meaningless and moral-less worldview make for a ripe harvest field. Read more about revival in public schools. 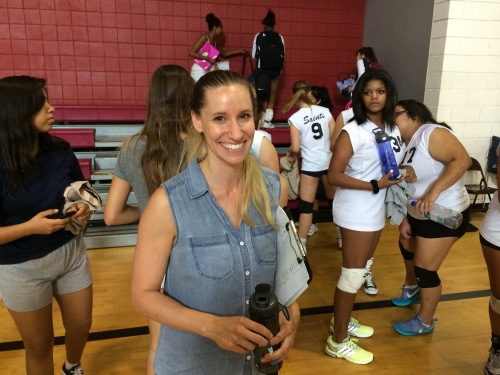 Time to give back? Right after having her first baby?

“I saw my mom (AD Pam Sommer) looking everywhere for a coach. I was on maternity leave, so I had the most free time I’ve ever had. I realized I could do it,” Lindsey said. “Okay, so maybe I’m a little bit crazy.”

Read the rest of the article.