Newest greatest of NBA Kwahi Leonard keen on Jesus, not so much on money

Not Steph Curry, not LeBron, not KD.

The hottest commodity in basketball right now is Toronto Raptors star Kwahi Leonard who honors Jesus and has single-handedly carried his team to unpredicted wins, first in Game 7 against the Philadelphia 76ers to enter the Eastern Conference, then again last night to upset the Warriors in Game 1 of the finals.

“Last year was a very down year for me (he was injured); I was going through a lot,” says Kwahi, whose buzzer beater to beat the 76ers in Game 7 is now legend. “And you know, God is good! I prayed every day and ended up getting healthy, now I’m able to play basketball. You could just see what He does for you.”

Kwahi is dropping jaws both on offense and on defense. He averaged 35-point games against Philadelphia. He locked down Giannis Antetokounmpo of the Milwaukee Bucks to reverse a 0-2 game deficit to secure the Eastern Conference.

“Leonard is killing dudes in isolation (like Harden), pounding and rocking the basketball (like Harden) before blowing past defenders or hitting step-back threes (like Harden),” Jesse Washington crows on The Undefeated.

Up until last night, the idea that the Golden State Warriors would sweep the finals — again — was thought to be as pre-determined as the Book of Revelations. It was sure to be boring, and only diehard fans and somnambulists who like eye-glazing as they observe the inevitable even bothered to tune in.

But Leonard and the on-fire Raptors suddenly woke up the soporific middle American who only turns on the game if there actually is going to be a game. Now, the final is promising to be interesting. 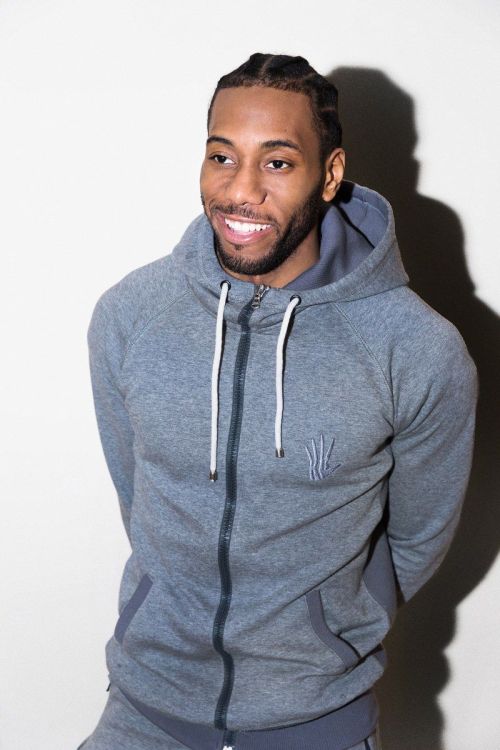 The talent-rich Warriors knew they had to double-team and even triple-team Kawhi to win. Stymie the star and blitz to victory. It’s been their not-so-secret strategy, and it has worked against James Harden and Damian Lillard.

The Marvel’s Avengers of the NBA got blindsided by the no-names of the Raptors. Harassed at every turn, Leonard passed the ball to his teammates, who materialized superstar performance. Pascal Siakim, notorious for poor shooting, transformed suddenly into a marksman, hooping 32 points to lead his team to a 118-109 thrashing.

Will the Golden State league hegemony be broken? Read the rest of Kawhi Leonard Christian.

When Ayesha Curry tweeted that women should dress modestly, a maelstrom of criticism rained down on her from people who felt she was “shaming” women.

”Its okay for Ayesha Curry to have a preference for how she dresses,” retorted Brandon Patterson a day later in December 2015. “It’s not okay for her to shame other women who don’t share it as classless.”

When it comes to strong faith, Ayesha Curry, wife to NBA sensation Stephen Curry, is a very passionate Christian. She also is the author of the best selling cookbook The Seasoned Life: Food, Family, Faith, and the Joy of Eating Well. She began her career by posting videos of herself cooking on YouTube, which have also featured Steph Curry.

Ayesha invented a meal kit called “Homemade” which delivers family inspired ingredients and recipes that she handpicked herself. The meals are available in the San Francisco Bay area through Whole Foods or can be ordered in 48 states for $75 per week.

Ayesha also thinks about the community. She is an active brand ambassador for team FNV and No Kid Hungry, which are organizations built to end worldwide child hunger.

Her love for cooking and giving back to the community brings out her happy side. But her opinion on apparel brings out controversy.

“Everyone’s into barely wearing clothes these days huh?” tweeted Ayesha on the fifth of December in 2015,” Not my style. I like to keep the good stuff covered up for the one who matters.”

”Sounds as if Ayesha Curry thinks her body/other women’s bodies are like consumer goods marketed exclusively for use by men, or something,” tweeted Félicicette La Critique Ayesha.

“@ayeshacurry you’re tearing women down by saying that certain types of dresses make them not ‘classy,’” tweeted Paige.

Ayesha responded, “Regardless of if you like my “style of clothes” or not (which I don’t care) please do not tear women down and degrade them… Not cool peeps” Read the rest of Ayesha Curry modesty controversy.

St. John was losing basketball games, so coach Chris Mullin told his players about the time he was losing to alcoholism

To help his team snap an 11-game losing streak and stun #1-ranked Villanova, Coach Chris Mullin pulled a skeleton out his closet of personal failures and revealed his battle with alcoholism.

“Where do you think I was on this date 30 years ago,” he told his players, who were languishing in last place in the Big East Conference, lost in basketball oblivion.

The players, depressed in doldrums of dearth, responded mostly by looking blankly at him, the New York Times reported.

The answer? Thirty years prior, the millionaire NBA player was kicked off the Warriors squad and thrown into a bedraggled rehab with homeless winos, heroin addicts and crack heads in the middle of L.A.’s gangland. On his first night at the AA 12-step, after the speaker droned on about an alcoholic’s powerlessness to kick the habit, gangsters in a van drove past and strafed the church building with automatics. “Damn, I’m trying to get sober here, not get killed,” Mullin thought.

Four years later, Mullin was on the Dream Team that swept the Barcelona Olympics. Fellow teammate Magic Johnson said of him: “When God made basketball. He just carved Chris Mullin out and said, ‘This is a player.’”

But to pull himself out of the mire, he needed to endure the month-long program of 6-hour group therapy sessions with uninspiring cast of rehab mates. Then he had to drive back to the Golden State training court and fight, humbly but forcefully, for his place on the team — a feat that five other previous addiction-afflicted players had failed to do.

St. John is where Mullin started his trajectory; he took the New York university to the Final Four in 1985 as a star player. His signing as coach in 2015 was supposed to restore glory. Instead, in his third year, the Red Storm lost 14 games, his program in a malaise of ongoing roster turnover as developing prospects transferred and significant signings fizzled. 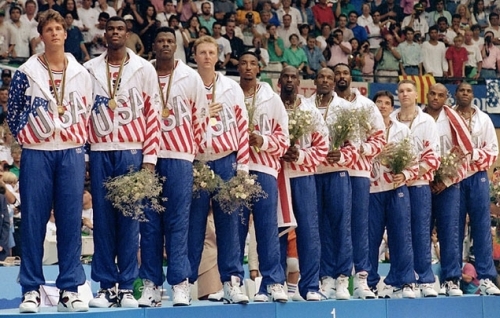 But then in February, sophomore point guard Shamorie Ponds and crew pulled off the improbable: they beat #4-ranked Duke. Then, the impossible: they defeated Villanova 79-75 on Feb. 7. Suddenly, the nation was asking about St. John.

The story of Mullin’s life — and the story of his team — is a story of redemption.

The Irish Catholic credits God: “Faith is everything,” he told Organic Catholics. “My Catholic upbringing I rely on daily. If you live a good life, good things will happen.”

Mullin was born in Brooklyn. With a passion for basketball, he took the subway all over New York City to find the most ferocious competition. Frequently, the palest player found it in the African American neighborhoods.

“For me, going up to a neighborhood if I had a bad game, I might not be allowed to come back,” Mullin said in the New York Daily News. “That was real pressure.”

With his hustle, ace shooting and unwillingness to be intimidated, the young Mullin gave them reason to learn his name.

During summers, Mullin attended local basketball camps at nearby St. John’s University. Hall of Fame Coach Lou Carnesecca spotted his talent and saw his raw hunger. A relationship began to form, and signing for the school was a natural choice for the Brooklyn native. He won the Big East Player of the Year three times.

A first round pick of the 1985 draft, Mullin carted across the country to the Warriors. He was lonely and called home excessively. By his third season, his alcoholism was taking a toll. He was overweight and missed practices. Coach Don Nelson gave him an ultimatum: shape up or his suspension would become expulsion.