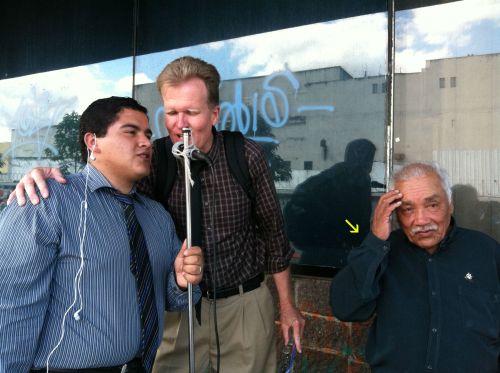 Tino was one of those drunks who you stepped over, who slept in his urine on the streets in Guatemala. You expected him to wake up dead after a cuttingly cold night. You tried not to think about it.

Ismael talked to him about Jesus and offered him a place to sleep. Tino got saved.

As a missionary, I had a soft spot in my heart for Tino. We let him sleep at the church as a guard. We gave him food. I let him play worship on his guitar in service, a throwback type Christian music. He became Tio Tino — Uncle Tino — for everybody.

On this trip to Guatemala, I was astonished at just how far the transformation has gone. Now, Tino leads outreach everyday, which his only honkytonk guitar, just off the edge of the Central Plaza. Everybody joined him on Sunday to street-preach.

He’s back on the streets, no longer homeless in a stupor, like Joshua establishing dominion, reaching out to others who are in the condition he left behind.

25 responses to “Useless, then priceless”